25 Years ASCOBANS: Saving the Harbour Porpoise in the Baltic Sea 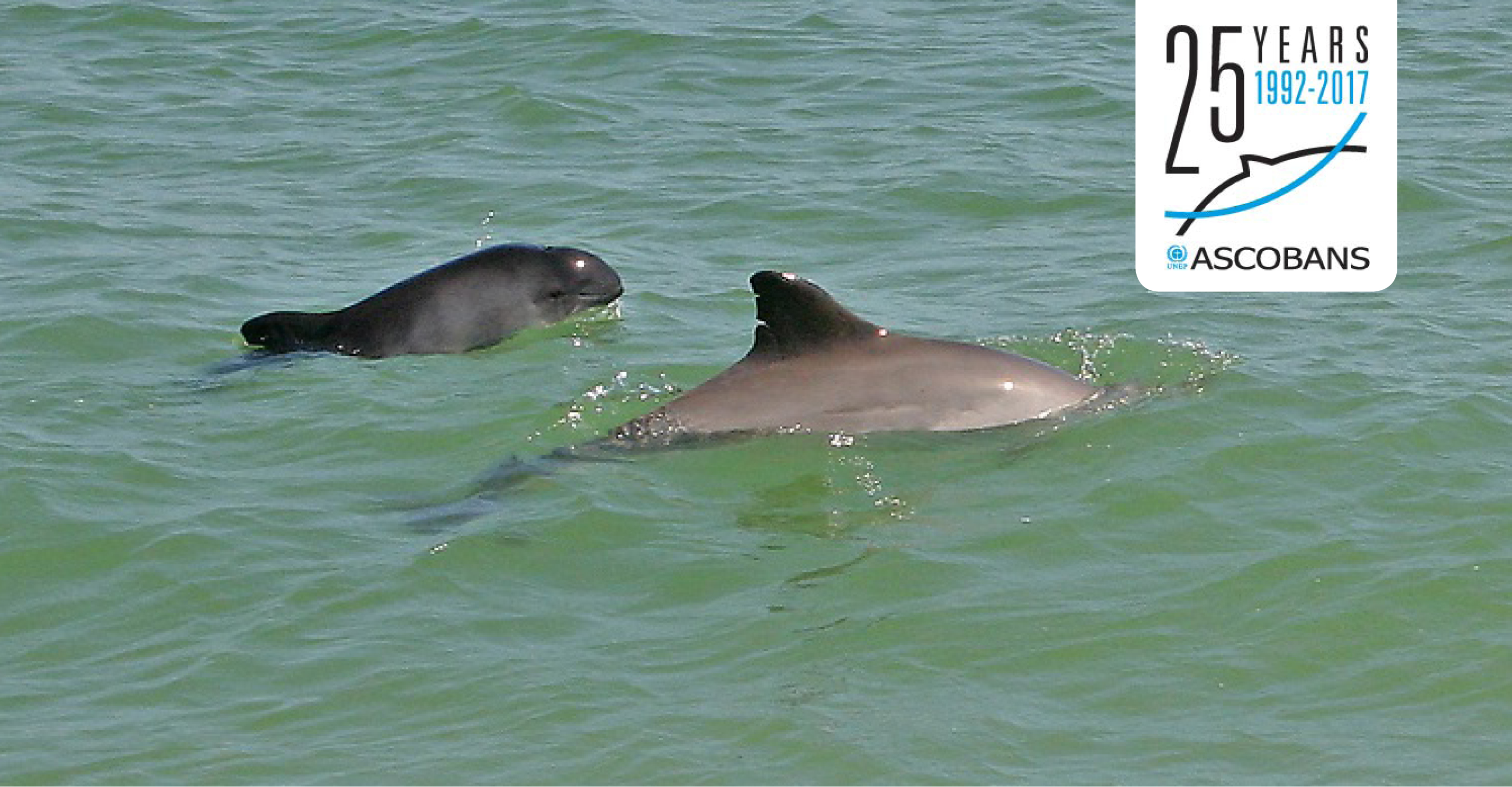 From the early days of the Agreement, one population caused scientists, conservationists and governments special concern: the Baltic Harbour Porpoise.

The preamble to the Agreement text negotiated in the early 1990s (see our story “The Birth of the Agreement”) already makes it clear: “Aware that the population of harbour porpoises of the Baltic Sea has drastically decreased,” and “Concerned about the status of small cetaceans in the Baltic and North Seas”. We have thus known for a long time that harbour porpoises in the Baltic Sea are in trouble. Twenty-five years later the problem is not solved yet. But we have come a long way. And the porpoises are still around!

It was evident that numbers had gone down drastically since the middle of the 20th century.  The critical situation of the population was already being debated at the early Meetings of the Parties (MOP) and by the Advisory Committee (AC), which have taken place regularly since 1995. However, data on abundance, distribution and mortality then did not allow for very targeted management measures. A survey conducted in 1995 yielded an estimate of 599 animals for the Baltic Proper – based on very limited data (Hiby and Lovell 1996). As a result, in 1997, MOP2 recommended the development of a recovery plan. A study was commissioned to advise on the most cost-effective way of carrying out abundance surveys in the Baltic. However, it took a further four years for the ASCOBANS Baltic Discussion Group to meet in Charlottenlund, Denmark, in January 2001. Here experts discussed options to assess the status of harbour porpoises in the Baltic Sea Area, research needs, and, most importantly, to make recommendations for management, both in the short- and in the longer-term.

Three months later, at AC8 in April, concrete plans were made for the development of a recovery plan for this endangered population. Dr. Randall Reeves started drafting it following an ASCOBANS workshop that took place in Jastarnia, Poland, in January 2002. In recognition of the place at which the measures were agreed, the resulting document eventually became known as the “Jastarnia Plan” – the ASCOBANS Recovery Plan for Baltic Harbour Porpoises. MOP4 in 2003 expressed its support for the Plan and invited Parties to implement it.

It had taken a long time to develop this plan. Immediate action was to be taken to bring the population back from the brink of extinction. A steering group, the so-called Jastarnia Group, was established – more in a future article – to support the Plan’s implementation. Also, to keep track with developments, the Jastarnia Plan itself was to be reviewed and revised every five years.

The first revision, which brought the Plan up to date and re-emphasized many of the actions already urged in the original version, was adopted by ASCOBANS Parties at MOP6 in 2009.

And then a breakthrough was achieved! With some seed funding from ASCOBANS, a group of scientists led by Mats Amundin (Linköping University, Sweden) submitted a project proposal to the EU Life+ programme to solve one of the key constraints – the lack of data on abundance and distribution of the Baltic porpoises. The SAMBAH (Static Acoustic Monitoring of the Baltic Sea Harbour Porpoise) project started in January 2010. Porpoise clicks were recorded over a two-year period starting in May 2011 by over 300 click loggers (C-PODs) throughout the Baltic Proper. These data allow for a much more solidly based population estimate of 500 animals. The data also show that the Baltic harbour porpoise is clearly separated during the calving and mating period from their more abundant westerly neighbours. During this crucial period of their life cycle they aggregate on the shallow offshore banks south-west of the island of Gotland (see www.sambah.org, and especially the report on http://sambah.org/Ny-sida-10.htm for details).

These findings required a substantial revision of the Recovery Plan. Developed by Dr. Julia Carlström and Dr. Ida Carlén in close consultation with the Jastarnia Group, it was adopted by MOP8 in 2016. Baltic Parties are already taking steps to follow up on the recommendations – but more on that in a future article.

This year marks the 25th anniversary of the opening for signature of the Agreement on the Conservation of Small Cetaceans of the Baltic and North Seas (ASCOBANS) in New York on 17 March 1992. Over the past 25 years, ASCOBANS has provided the framework for international cooperation for the protection of small cetaceans – whales, dolphins and porpoises – in northern and western European waters. This is the second of 25 stories emphasizing milestones and special achievements of ASCOBANS throughout the year of its silver anniversary.