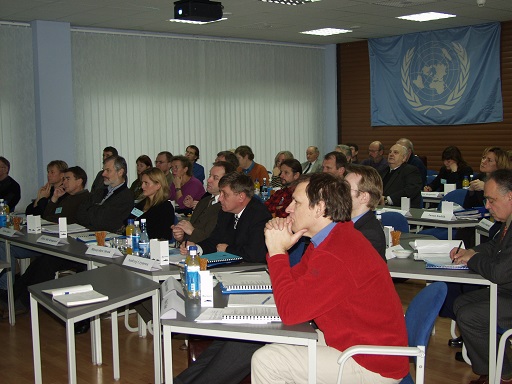 26 October 2011 - The 8th Meeting of the ASCOBANS Jastarnia Working Group will take place at the Secretariat's premises in Bonn, Germany, from 31 January to 2 February 2012.
The Jastarnia Group was established to take forward the implementation of the Recovery Plan for the Baltic Harbour Porpoise (also called Jastarnia Plan) and includes experts from the environment and fisheries sectors from around the Baltic Sea. Each year, the Jastarnia Group reviews new developments and research and makes recommendations to the ASCOBANS Advisory Committee.
At the upcoming meeting, the Jastarnia Group will also consider a draft paper on conservation measures for harbour porpoises in the western Baltic and Belt Sea, which is intended to close the gap between the North and Baltic Sea action plans currently in place.
Despite international recognition of the need for strict protection of the Baltic sub-population of the harbour porpoise, which is classified as critically endangered on the IUCN Red List, and the long-standing efforts on its behalf under ASCOBANS, its conservation status gives reason for grave concern.
Participants are requested to register by 13 January 2012. More information can be requested from the ASCOBANS Secretariat.