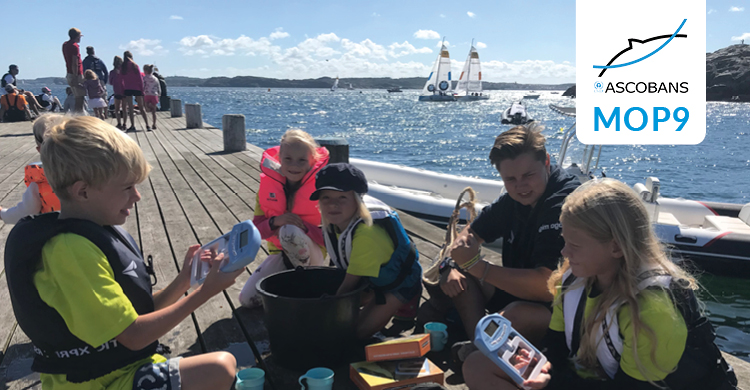 During the summer schools school children are discovering Marine Mammals with the developed educational resources and plenty of practical activities. Over 400 teachers and almost 1,500 students from 14 different countries in more than 50 events (training sessions, summer schools & symposia) were directly involved. © Marine Mammals

Bonn, 7 September 2020 – ‘Marine Mammals Science Education’ project has just been announced the winner of the ASCOBANS Outreach and Education Award 2020 at the Ninth Meeting of the Parties, which began today and will continue online until 11 September.

‘Marine Mammals Science Education’ is an EU-funded project, which aims to engage young people in natural science to prevent future shortages of specialists in science, technology, engineering and mathematics (STEM). Nine scientific and educational research institutes plus NGOs from Belgium, Denmark, Germany, Poland and Sweden joined forces to carry out the project.  The core work of all of the partners’ work focuses on marine mammals and related topics.

In using marine mammals as ambassadors for anthropogenic impacts such as the growing issue of increasing ocean noise, plastic in the sea, climate change and pollution in general, the project fosters the interest of young pupils in “charismatic marine megafauna” and helps them to gather more information about pressing issues.  Children serve as “super-multiplicators” because they educate their parents, grandparents and families in general about the issues that concern them.

The project therefore provided material of high quality and usability for teachers and non-scholarly educators. All materials were translated to the languages of the project partners from the five countries involved.  To provide a broader perspective, the material some of which was initially provided by highly qualified scientists was also translated into English. General ideas and project coordination were carried at the Kiel Science Factory, which provides different technical services ranging from computer over social sciences to an oceanic laboratory.

Previous winners of the ASCOBANS Outreach and Education Award are: Hel Marine Station (2005), Petra Deimer and Hans-Jürgen Schütte of the Society for the Protection of Marine Mammals (2007), Peter Evans of the Sea Watch Foundation (2009), Mats Amundsen of Sweden (2012) and Whale and Dolphin Conservation (2016).  The aim of the award is to recognize individuals or organizations that have contributed to promoting and supporting educational activities and to increasing public awareness to achieve a better understanding of the need to conserve small cetaceans.

While the ASCOBANS Secretariat does engage in outreach and educational activities of its own, successful awareness raising is dependent on the efforts of various actors at national and international levels. Among these are governmental and other public institutions, non-governmental organizations and scientific and educational institutions.  Promoting awareness is an essential element of conservation work because the public is more likely to support recovery efforts if they realize that cetaceans are present in their local waters and that the animals’ conservation status is unfavourable.

The award was presented following a public call for nominations, and the winner was selected by a jury established by the ASCOBANS Advisory Committee at its 25th meeting in 2019.