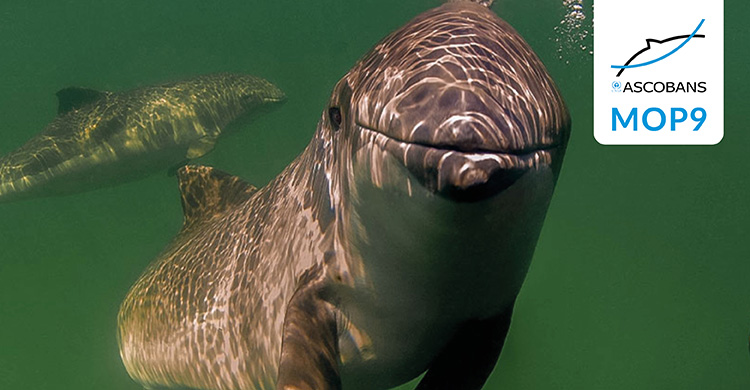 Bonn, 14 September 2020 – the 9th Meeting of the Parties (MOP9) to ASCOBANS concluded last Friday, 11 September 2020. Originally scheduled to take place in Brussels, the meeting was held virtually as a result of travel restrictions caused by the corona crisis.

In the opening session, participants heard addresses by Philippe de Backer, the Belgium’s Federal Minister in charge of the North Sea and ASCOBANS Executive Secretary, Amy Fraenkel.  The Minister stressed the importance of international cooperation in conducting research, whereas Ms Fraenkel recalled the commitment of her predecessor, the late Bradnee Chambers, to promoting synergies between multilateral environment agreements.

New resolutions were adopted on the critically endangered Harbour Porpoise population of the Baltic proper, on marine debris and on food availability and resource depletion.  Delegates also approved the Best Practice on Cetacean Post-mortem Investigation and Tissue Sampling and approved amendments to existing resolutions on the conservation of the Common Dolphin, bycatch, underwater noise and responses to stranding incidents.

The Netherlands announced plans for an international project addressing bycatch, with particular focus on small-scale fisheries, and a report was presented by the United Kingdom outlining progress on the preparations of a project to undertake an assessment of marine mammals in the north-east Atlantic, essentially the fourth in the SCANS series of surveys.

The winners of the ASCOBANS Outreach and Education Award were announced, with the distinction on this occasion going to the Marine Mammals Science Education Project.  For more details, see the article posted on the ASCOBANS website on 7 September.

Chaired by Jens Warrie of Belgium, the meeting was attended by 65 participants representing nine of the ten Parties and observers from two non-party Range States (the Russian Federation and Spain).  Also attending were representatives of the European Commission, UNEP, ACCOBAMS (ASCOBANS’ sister agreement covering the Mediterranean and Black Seas), the International Whaling Commission, the Helsinki Commission (HELCOM) and the North Atlantic Marine Mammal Commission (NAMMCO) and a range of non-government organizations and research institutes engaged in cetacean conservation.

The next meeting of the Agreement’s Advisory Committee is due to take place online in late 2021 and the next MOP – the Agreement’s tenth - will be in 2024, which will mark the 30th anniversary of ASCOBANS entering into force.