Cetaceans under Fire: Resolution to Address Threats from Underwater Munitions 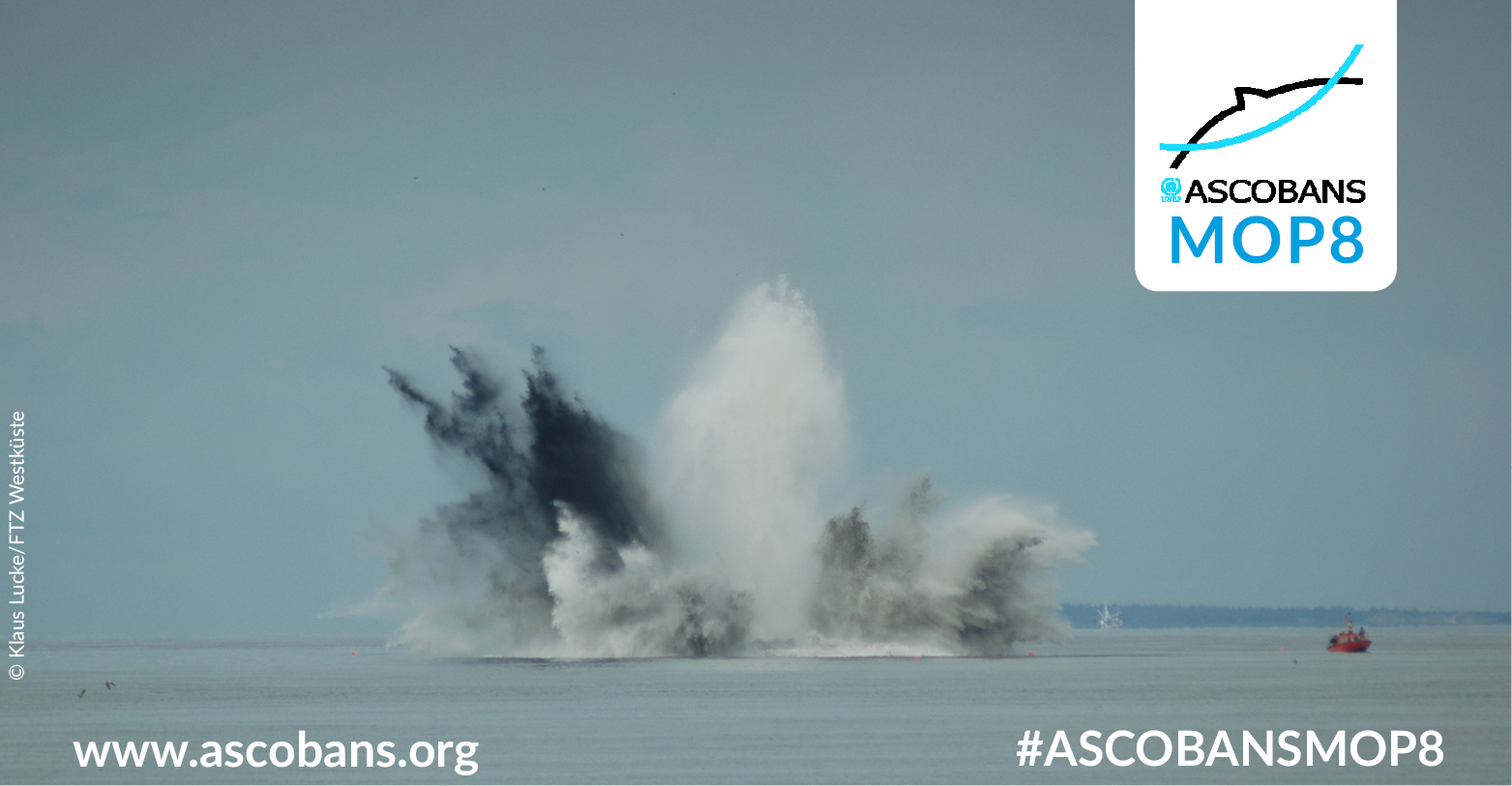 Small cetaceans living in European waters – and many other parts of the world – share their home with a legacy from the past: tens of thousands of tonnes of munitions submerged in the water. The impacts of the underwater arsenal are still largely uncharted. The 8th Meeting of the Parties to ASCOBANS to be held from 30 August to 1 September in Helsinki, will consider a Draft Resolution on Addressing the Threats from Underwater Munitions.

The weapons were dumped in the sea during and after the two World Wars. Some of the munitions found in the Baltic Sea, 13,000 to 15,000 out of a total of around 40,000 tonnes, are chemical warfare agents and remain especially dangerous. In the Baltic, the most common chemical is sulphur mustard, also known as mustard gas.  It poses a threat to marine creatures and humans.

Cetaceans are at risk from both chemical and physical hazards. For example, they can ingest contaminated prey, causing possible accumulation of toxic substances in their tissues, or come into direct contact with the chemicals. Cetaceans are threatened with physical injury or even death due to pressure and noise resulting from explosions. However, it is difficult to isolate munitions as the direct cause of many problems; more research is required.

Fishermen are also endangered by both unexpected explosions, which occur when they capture bombs in their nets or trawl over them, and by direct contact with chemical weapons, including mustard gas. Further, in view of increasing human utilization of the sea floor for renewable energy, the munitions are increasingly a danger to infrastructure.

To address the problem, the draft resolution encourages countries actively to support research investigating the risks posed by munitions to marine animals and habitats, especially by mapping the specific locations and contents of the dump sites and other underwater areas with clusters of munitions. In addition, Parties could monitor the effects of degrading munitions, which would allow for risk analyses to be undertaken. With better information, Parties would have an improved understanding of the effects of chemicals from underwater munitions on the marine food chain, which is important for human consumption and for apex predators like orcas. Finally, Parties are encouraged to apply alternative ways to remove these weapons that do not require underwater detonations.

Underwater munitions are a problem that extends far beyond the ASCOBANS Area, but remarkably little information detailing their quantities, geographic spread, or effects is available. As a threat to the marine environment, marine biodiversity, and human health and safety, sunken munitions must be tackled at a global level and not in one region alone. The Draft Resolution therefore proposes that the United Nations Environment Programme would be ideally placed to take a leading role in addressing this toxic, explosive legacy of the past – a problem precariously hidden underwater.

Results from the CHEMSEA Project- Chemical Munitions Search and Assessment