CMS COP13 in 2020 Will Kick Off Big Year for Biodiversity 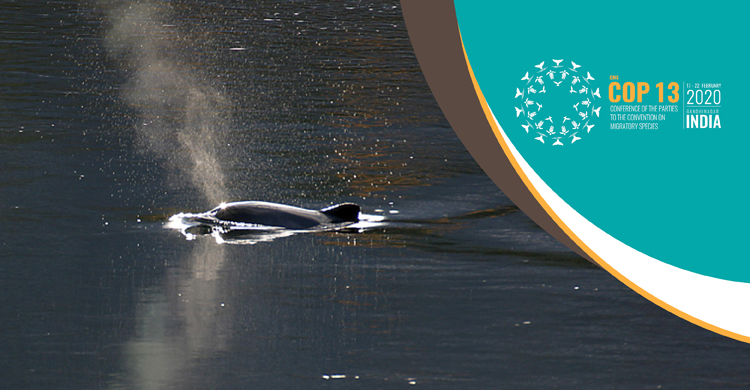 Bonn, 6 January 2020 - The "super year" for biodiversity will kick off with the Thirteenth Meeting of the Conference of Parties to the Convention on the Conservation of Migratory Species of Wild Animals (CMS COP13). Hosted by the Government of India in the city of Gandhinagar from 17-22 February 2020, the Conference will bring together CMS Parties, partners and scientific experts to address the alarming decline of migratory species, including birds, aquatic species and terrestrial animals.

The UN Global Assessment Report on Biodiversity and Ecosystem Services launched in May 2019 found that biodiversity is being lost in every region of the world at unprecedented rates and that nature across most of the globe has now been significantly altered by multiple human drivers, with the great majority of indicators of ecosystems and biodiversity showing rapid decline.  It also found that 1 million species, including migratory species, are in danger of going extinct in the coming decades unless appropriate actions are taken.

The nature crisis will dominate the agenda of a series of international conferences in 2020, culminating in a UN Summit in New York, and the UN Biodiversity Conference in Kunming, China in October, which is expected to adopt a new global biodiversity strategy.

Outcomes expected at CMS COP13 include negotiated decisions, political commitments and new initiatives, including proposals to add ten new species for protection under the CMS.  These include the Asian Elephant, the Jaguar, the Great Indian Bustard, and the Smooth Hammerhead Shark.   Parties will also discuss the adoption of dedicated concerted actions for 12 different species, including the Harbour Porpoise (Baltic and Iberian populations), the Ganges River Dolphin, and the Common Guitarfish.

Several cross-cutting issues will be addressed, including how to minimize the impact of linear, energy and other infrastructure on migratory species.

CMS COP13 will also highlight the importance of “ecological connectivity” for prioritizing biodiversity conservation and sustainable use to protect and restore natural areas which are essential not only for wild species but also for the functioning of broader ecosystems that support human needs, such as freshwater supply. Ecological connectivity ensures the ability of migratory species to move among different geographical places that support them during key natural phases of their lives, such as breeding and feeding.  CMS has made ecological connectivity a priority for the new global biodiversity framework which will be adopted later this year in China.

Migratory species connect habitats, nations, and people. It is fitting that CMS COP13 will be the first major UN meeting on biodiversity in 2020, when the whole world is looking on to see urgent action to protect biodiversity.