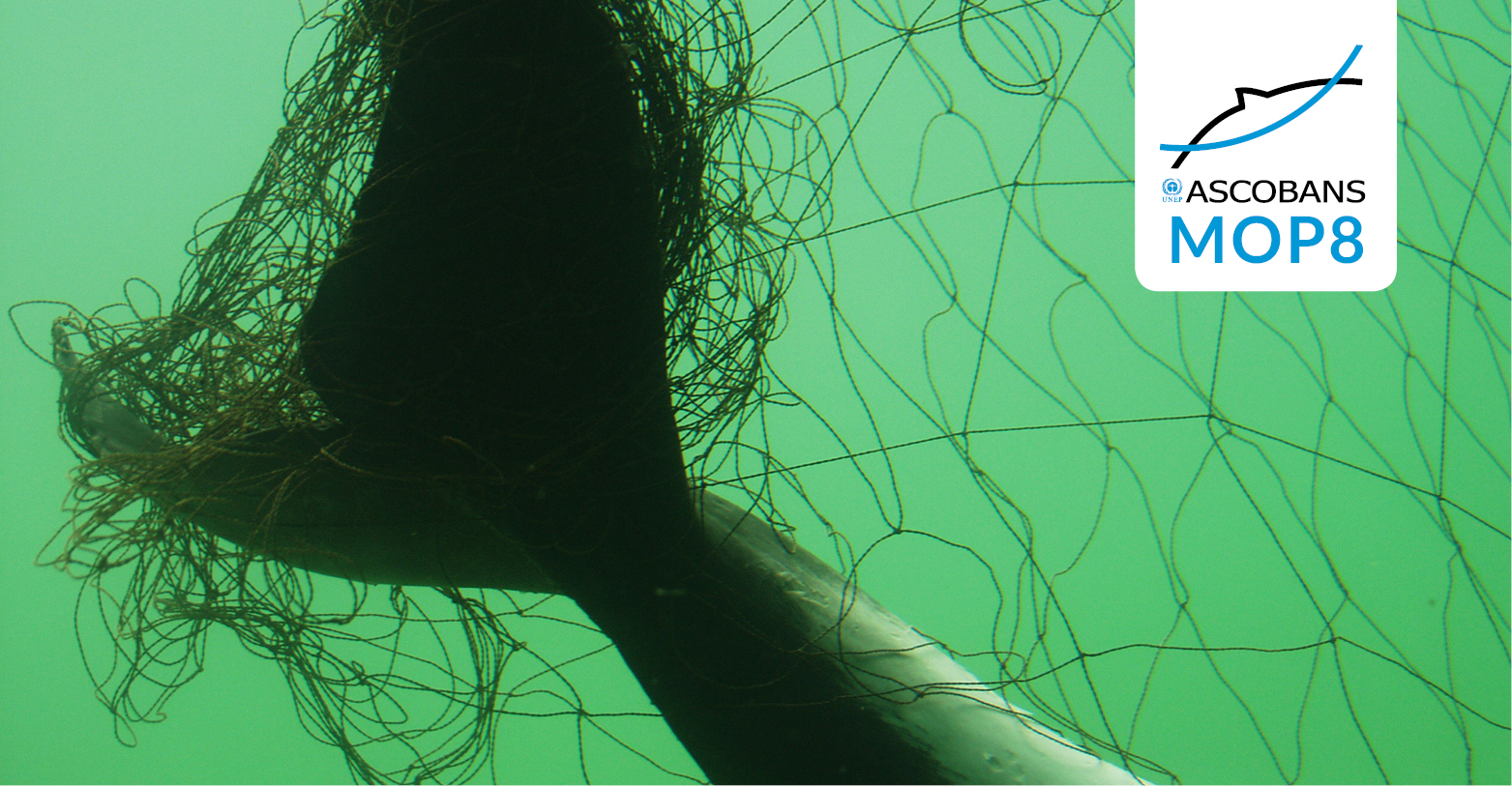 Bonn, 23 August 2016 - Bycatch is the single largest threat to many marine species across the world. To help prevent bycatch, during the 8th Meeting of the Parties to the Agreement on the Conservation of Small Cetaceans in the Baltic, North East Atlantic, Irish and North Seas (ASCOBANS), a Draft Resolution addressing the Monitoring and Mitigation of Small Cetacean Bycatch will be discussed.

Bycatch is a widespread and deadly threat. Species as dissimilar as leatherback turtles and long-tailed ducks, guitarfish in the Gulf of California and ringed seals in the Baltic Sea, can be entangled in nets intended to catch something very different. The eventual death which follows for these animals is not a peaceful one. Wrapped in a net, unable to swim away or surface for air, they suffocate.

The threat from bycatch is especially problematic for long-lived species that reproduce slowly such as albatrosses, turtles or whales. Many of these species fall under CMS Family agreements, and Parties to CMS have passed several resolutions aiming to mitigate bycatch, but bycatch remains the greatest threat to many marine and aquatic species.

In the Baltic Sea, where Parties to ASCOBANS have an opportunity to intervene, the harbour porpoise population has shrunk to approximately 500 animals. These small animals are prone to becoming trapped in trammel nets and set gillnets, and even though exact data are lacking, experts agree that mortality is higher than the population can sustain.

Common dolphins are also affected by bycatch in the ASCOBANS area, which extends into the north-east Atlantic. The International Council for the Exploration of the Sea (ICES) advises that, due to bycatch and fishing effort, total annual removals of common dolphins may well be exceeding 1.7 per cent of estimated population – a figure often used as describing the upper limit of what a healthy, fertile population might still be able to compensate.

To return the populations in the ASCOBANS area to 80 per cent of their carrying capacity, Parties will consider the proposed resolution on bycatch and strive to implement the text agreed upon. The draft resolution reconfirms that the eventual aim is to reduce bycatch to zero, with an intermediate aim of reducing losses to less than 1 per cent annually of the best possible estimate of population size.

There is work ahead for scientists and policy-makers to identify and agree upon triggers to signify the need for changes in management practices to ensure that limits such as the 1.7 per cent of population size are never reached. Such triggers would also serve to demonstrate progressive reductions in bycatch.

The scale of the threat posed by bycatch is massive, and the suffering which animals caught in nets undergo is unacceptable. The proposed resolution could help reduce such painful losses.