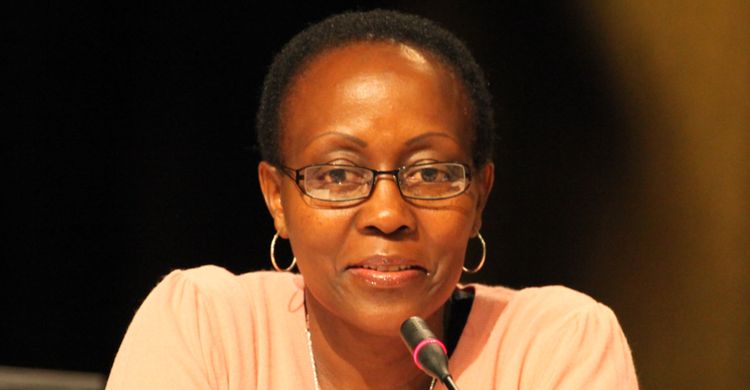 Bonn, 28 May 2014 - Elizabeth Maruma Mrema, who led the UNEP/ASCOBANS Secretariat first as officer-in-charge and then as Acting Executive Secretary as part of her functions as CMS Executive Secretary from July 2009 until the appointment of the current incumbent, Bradnee Chambers, has been named as the Director of DELC, the Division of Environmental Law and Conventions located at UNEP HQ in Nairobi.  She will take up her new responsibilities at the beginning of June.

DELC plays a crucial role in ensuring that the decisions taken by MEAs such as CMS are incorporated into the wider programme of work of UNEP, in promoting synergies between the Conventions that it oversees in issues such as online reporting and information knowledge management (IKM), and in assisting implementation; it was DELC that secured the funding that allowed the CMS Small Grants Programme to be revived.

“Elizabeth has a distinguished record in the field of international environment law especially as it relates to biodiversity and an equally distinguished career in UNEP.  Her expertise will be invaluable as MEAs look to strengthen regulations at a national level as a means of ensuring effective implementation of policies aimed at safeguarding the environment, wildlife and, of course, migratory species,” said Bradnee Chambers.

Her former colleagues at the CMS Family wish Elizabeth well in her new job and look forward to working closely with her.