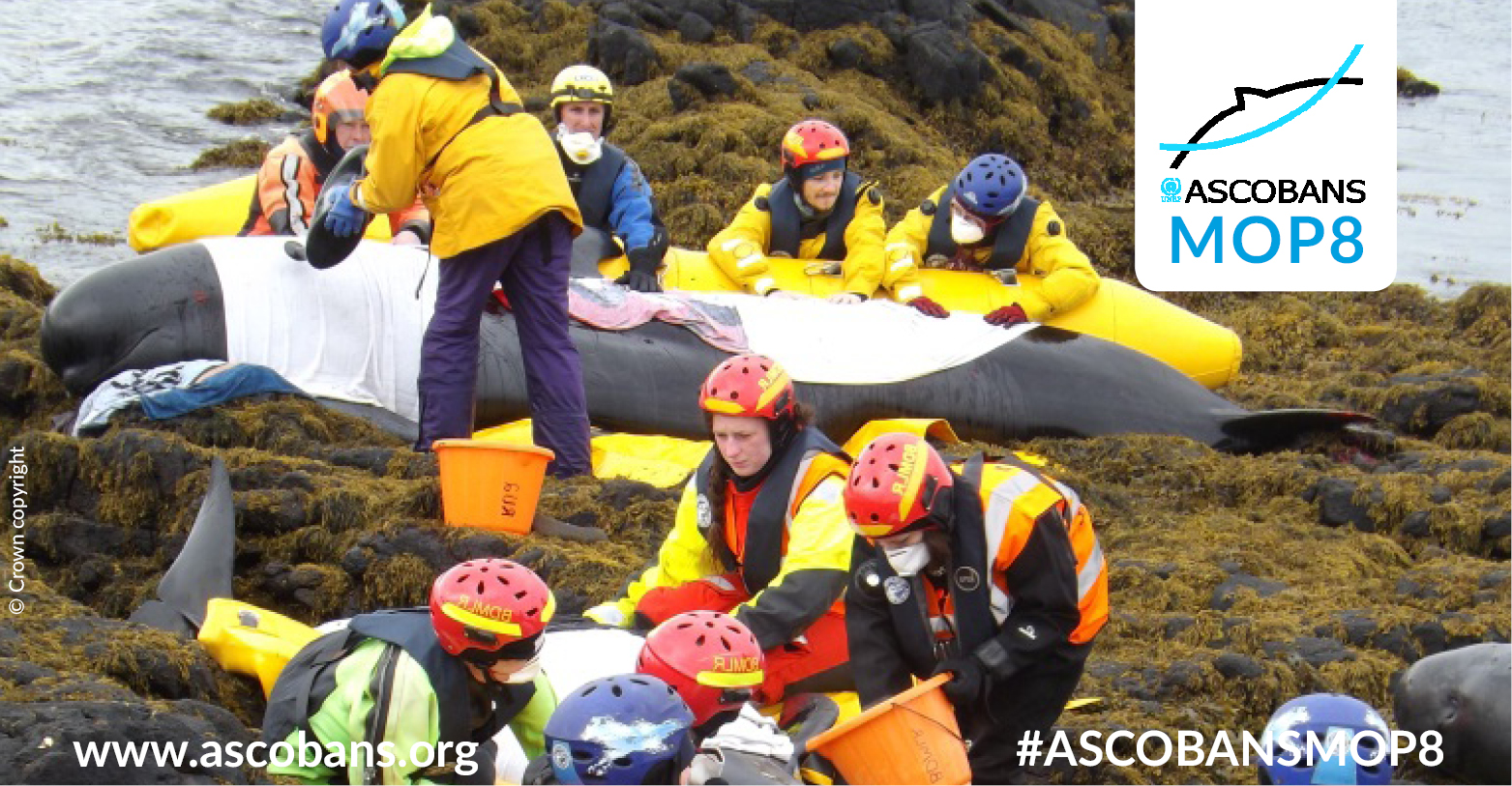 Underwater noise generated by human activity affects a wide variety of species, from crustaceans to cetaceans. At the upcoming 8th Meeting of the Parties to ASCOBANS, Parties will consider for adoption the CMS Family Guidelines on Environmental Impact Assessments for Marine Noise-generating Activities. These guidelines were created to help governments make informed choices about allowing different activities in their jurisdictions and thereby protect marine environments.ASCOBANS MOP8 will be held from 30 August to 2 September in Helsinki, Finland.

A wide range of species, including fish, crustaceans and cephalopods, pinnipeds (seals, sea lions and walrus), cetaceans (whales, dolphins and porpoises), turtles, sirenians (dugongs and manatees), marine otters and polar bears, struggle with the effects of human-generated noise. Many of these species are listed under the Convention on Migratory Species or other CMS Family Agreements. Some other listed species struggle indirectly with the impacts of noise pollution; sharks, for example, are not affected by noise, but their prey is negatively impacted.

The direct detrimental impacts of anthropogenic noise which these species can suffer are multiple and depend on the kind of noise. Continuous noise can include sounds from ships’ motors and propellers. Over time, cetaceans can become used to this constant din, but their hearing may still be damaged. Continuous noise compromises communication between individuals and their ability to navigate, to find food and detect threats.

Impulsive sound is more sudden, such as the ramming of wind farm piles into the sea floor or an explosion triggered to dispose of underwater munitions. This second type can cause direct injuries ranging from bruising to organ rupture and death or hearing threshold shifts, permanent or temporary. The temporary threshold shift is colloquially known as the “disco effect” and it also occurs in humans who spend time in loud places, such as near the speakers at a concert. Cetaceans might choose to leave a continuously loud area if they have an alternative, but high impulsive sound pressure, such as that of an unexpected explosion, will damage their hearing and thereby their ability to survive.

CMS and ASCOBANS have acted to prevent underwater noise pollution in the past. CMS passed resolutions both at its ninth COP and its tenth COP, outlining clearly what needs to be done to alleviate noise pollution. ASCOBANS passed a resolution in 2009 focusing on noise from offshore construction; some Parties to ASCOBANS such as Belgium, France, Germany and Poland have already created national guidelines. All these resolutions stress the importance of taking into account noise-related considerations in the planning stages of activities, especially by making effective use of Environmental Impact Assessments (EIAs) and employing Best Available Techniques (BAT) and Best Environmental Practice (BEP).

Accordingly, the CMS Family Guidelines on Environmental Impact Assessments for Marine Noise-generating Activities were created to provide assessment criteria for underwater activities and to clarify when monitoring is required and where mitigation measures can be effective. Implementing the guidelines will support Parties in fulfilling their previous agreements, detailed in the resolutions mentioned above, by utilizing BAT and BEP to ensure that only activities causing the least possible harm to marine species are permitted.

In some parts of the world, levels of human-generated noise have doubled every decade for the past six decades. These sounds can damage the hearing of many species and mask important natural sounds. When paired with other detrimental factors, such as stress and confusion, they can affect reproduction and growth and death rates, and thereby hurt the long-term viability of populations. Adopting these guidelines will be a positive step towards reducing noise pollution, and providing cetaceans and many other species with the safe, quiet waters that they need to survive.

The Government of the Principality of Monaco were recognized as Champion for their generous support and commitment towards marine species conservation for the period 2015 – 2017. The organization of the workshop has been partially funded with the contribution granted by Monaco under the Migratory Species Champion Programme.