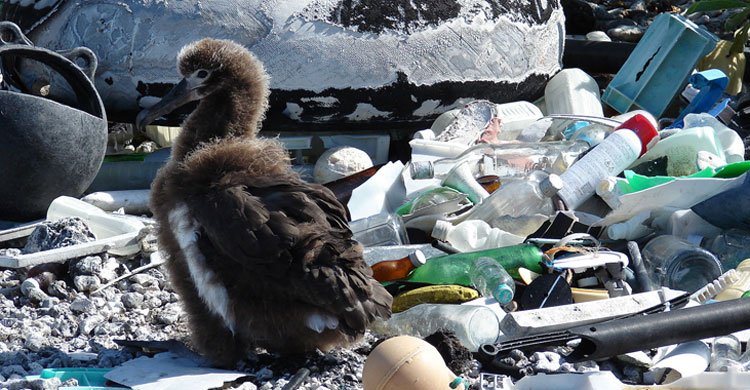 Bonn, 23 June 2016 - Boyan Slat made the headlines a few years ago when as a student he came up with an innovative idea to tackle the growing problem of plastic waste in the oceans; he was even one of the principal speakers at the opening ceremony of the most recent CMS COP (Quito, 2014).

Boyan set up an organization, Ocean Cleanup, to develop his ideas and turn them into action. Now the Dutch Government has awarded Ocean Cleanup a grant of €500,000 towards the costs of a test of a prototype of equipment designed to remove plastic debris from the sea. The tests are about to start in the North Sea, 23 kilometres from Scheveningen and, if the apparatus withstands the conditions, the intention is to launch a pilot project off the Pacific coast of Japan in the course of 2017 and then start operations in the worst affected waters between Hawaii and California by 2020.

Phenomenal amounts of plastic accumulate in the sea, carried by the oceanic gyres. It takes a considerable time for plastic to degrade and therefore poses a long-term threat to marine wildlife. Marine turtles for instance mistake carrier bags for the jellyfish upon which they normally prey, and albatrosses inadvertently feed plastic to their chicks. The consequences of ingesting plastic are often fatal as the animals’ digestive tracts become blocked.

While some of the plastic debris in the seas results from maritime activities such as fishing, in particular lost or discarded nets in which animals such as dolphins and turtles become entangled, much originates from the land. Many Governments are taking measures to reduce use of “one use” plastic bags, including in some cases by imposing outright bans, and are seeking better ways of disposing of them safely reducing their impact on the environment in general and wildlife in particular.

Boyan’s interest in the subject – and determination to find a solution - were prompted by his experiences on holiday in the Mediterranean when he noticed more plastic bags than fish in the sea. You can see him explaining his ideas at the CMS COP in Quito.