PCBs: Phased Out in the 1980s, Still Threatening Dolphins and Porpoises in 2016 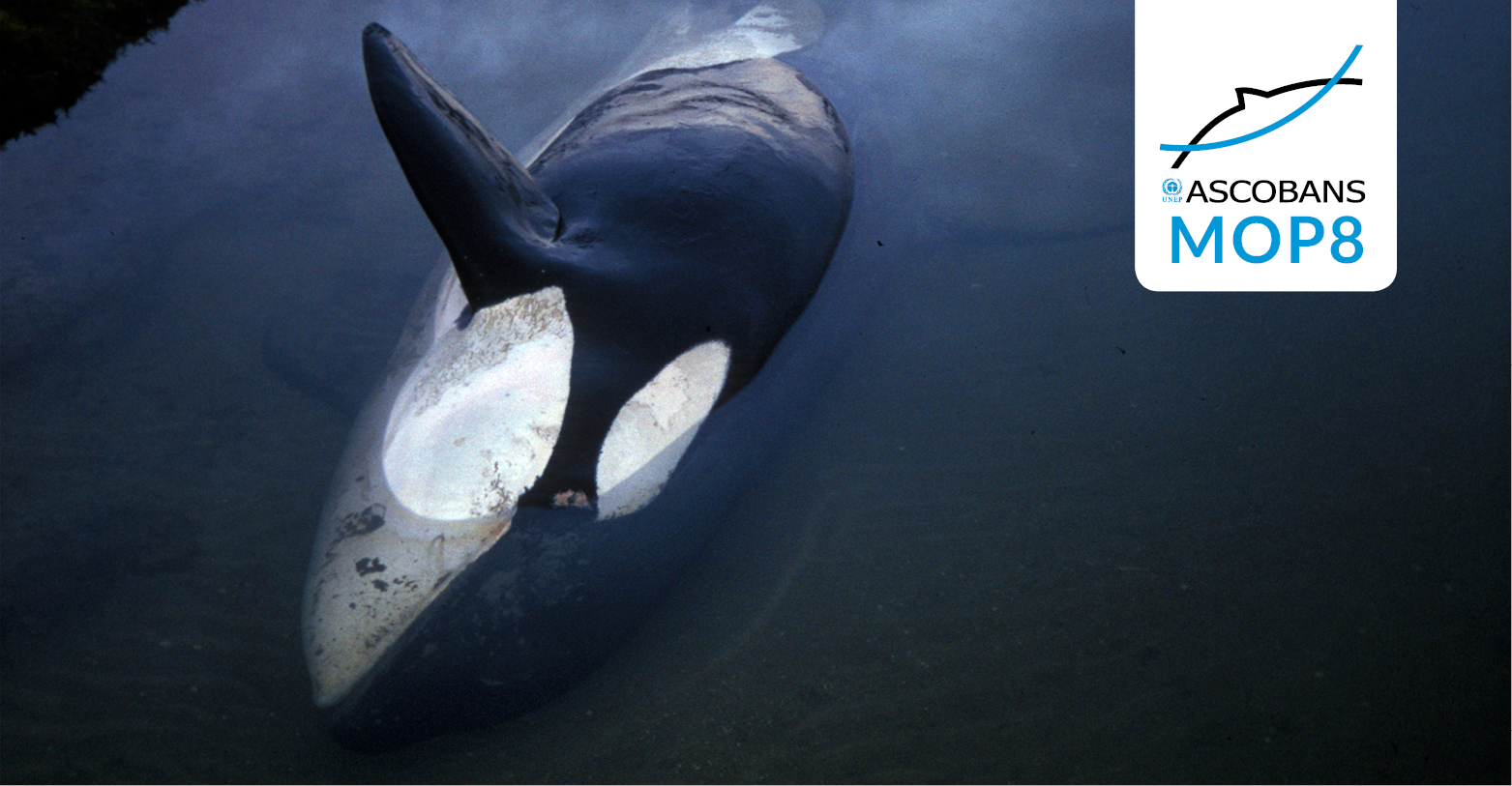 Contamination from polychlorinated biphenyls (PCBs) endangers the health and survival of many cetacean populations. To help tackle this threat, a Draft Resolution addressing the Impacts of Polychlorinated Biphenyls (PCBs) will be discussed at the upcoming 8th Meeting of the Parties to the Agreement on the Conservation of Small Cetaceans in the Baltic, North East Atlantic, Irish and North Seas (ASCOBANS). ASCOBANS MOP8 will be held from 30 August to 2 September in Helsinki, Finland.

PCBs are stable and resistant to extremes in pressure or temperature, and were once often used in electrical equipment. Though they were phased out in the European Union in the mid-1980s, and levels in the environment have gone down significantly, high levels of PCBs are still being found in the blubber of species such as porpoises and dolphins.

The effects of the contamination may be severe: a pod of orcas living between north-west Scotland and Ireland has not produced a single calf in 19 years of scientific observation. A high percentage of miscarriages and infant deaths are also documented for harbour porpoises and common dolphins in the North Sea and the north-east Atlantic. Immune system functions and the general health and fitness of the animals are also negatively impacted by high concentrations of such toxins.

Mean concentrations of PCBs in the blubber of both bottlenose dolphins and killer whales living in the north-east Atlantic were among the highest recorded in cetaceans globally. Levels of PCBs in marine mammals have been stable since about 1998 and are likely to remain so into the future. Such “high and stable PCB exposures are associated with small populations, long-term population declines or contractions of range in several dolphin species in Europe,” according to a recent study.

In light of such worrisome data, the proposed ASCOBANS resolution encourages Parties to monitor PCB exposure, especially in apex predators such as the orca or bottlenose dolphin, and to compile data about “PCB hotspots”, areas with especially high levels of contamination.

Going forward, the most important actions will be to identify sources of current PCB contamination and to avoid any more input into the oceans and seas. To do so, several processes and treaties have been set up at both the global and regional level. Complete, proactive implementation of their conclusions will improve the fate of marine animals and their environment. Such decisive actions are required to protect the incredible creatures swimming below the surface of the North East Atlantic, the Baltic, the Irish and the North Seas.

Nature.com Study: PCB pollution continues to impact populations of orcas and other dolphins in European waters

ASCOBANS is the Agreement on the Conservation of Small Cetaceans in the Baltic, North East Atlantic, Irish and North Seas. It is one of the daughter agreements of the Convention on Migratory Species (Bonn Convention) and entered into force in 1994. Since then, its Parties have met eighth times, every four years, to assess the implementation of the agreement and decide what measures to take for better conservation of the species protected under the agreement. This article is part of a series of articles showcasing some of the issues and resolutions to be discussed at the upcoming 8th Meeting of the Parties to ASCOBANS (MOP8).