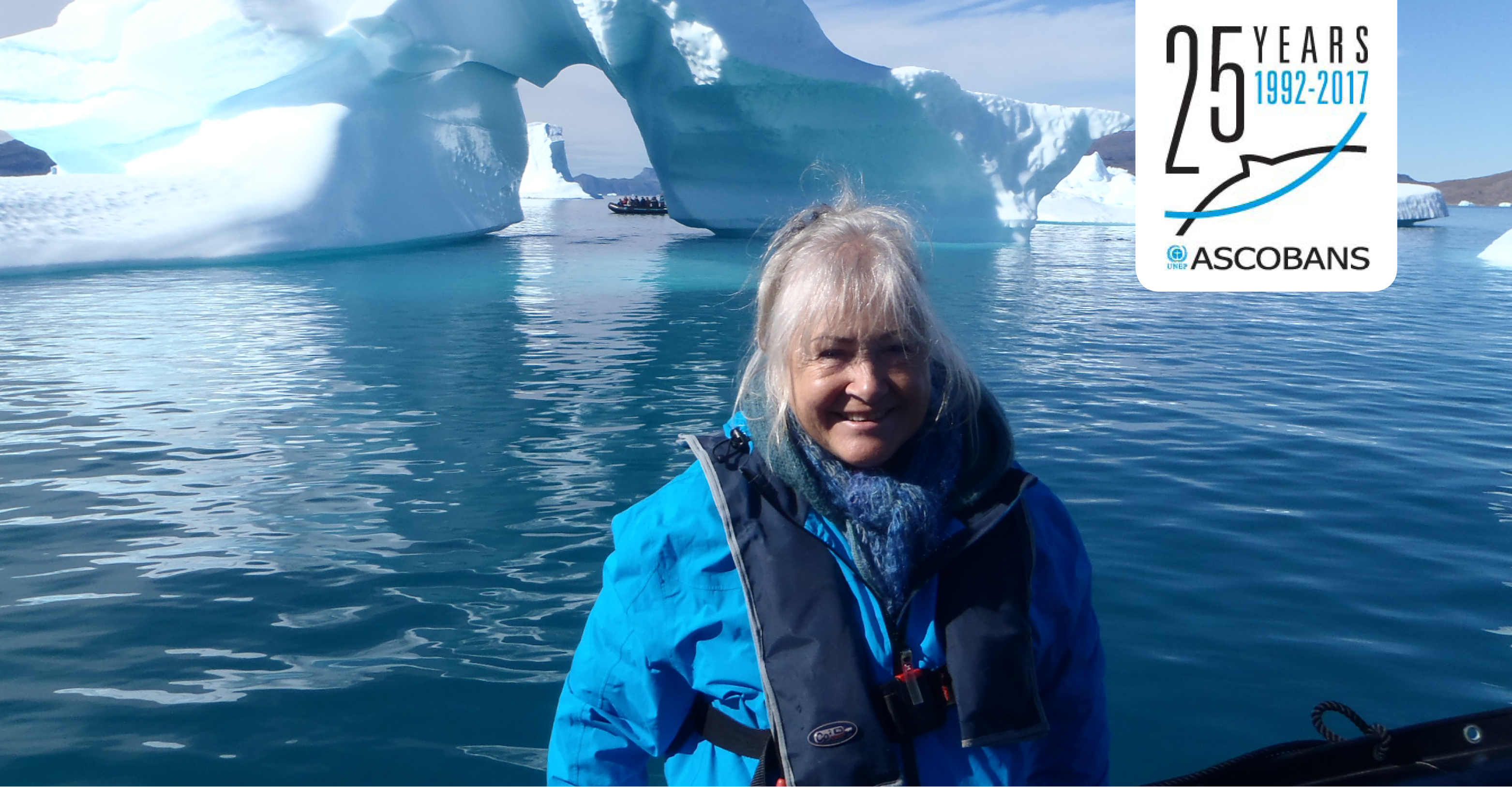 Involved with ASCOBANS since: 1990

When Ministers at the 3rd International Conference on the Protection of the North Sea signed a Memorandum of Understanding on Small Cetaceans in the North Sea, I was enjoying a 2-year sabbatical leave from the Sea Mammal Research Unit (then situated in Cambridge, England) in San Diego, California, USA, investigating age techniques in pilot whales, and completing some long-term life history studies on fin whales off Iceland. When I returned to Cambridge in 1990 I learned that my new assignment was to set up an Interim Secretariat for a new organization, ASCOBANS. I worked part-time alongside my research position on getting everything in place for when the Agreement would come into force.

An initial meeting – a precursor to the Advisory Committee - was held in Cambridge with national representatives who reviewed progress on different issues, and also drafted texts for possible resolutions for the first Meeting of Parties held in Solna, Stockholm, Sweden, in September 1994. I worked closely with Arnulf Müller-Helmbrecht of CMS on developing Rules of Procedure, finalising drafts and developing a budget and other advisory documents.  The Meeting of Parties chaired by Sweden’s Lars Björkbom confirmed the location of the Permanent Secretariat in Cambridge.

In 1996, the Sea Mammal Research Unit officially started its relocation to the Gatty Marine Laboratory, St Andrews University in Scotland, and I decided to move to Denmark to work for the Danish Institute for Fisheries Research, leading a project on mitigation of porpoise bycatch in cod and halibut fisheries. I was pleased to continue participating in ASCOBANS activities, but as a Danish delegate.

In the early years, Norway always attended ASCOBANS meetings, contributing actively to its work. However, it was always known that Norway would not sign the Agreement because of the clause referring to not allowing sustainable use. When I was General Secretary of NAMMCO (2005-2015), which does allow sustainable use, I could see that there are contradictions between the texts of different international agreements. Furthermore, such discrepancies hinder cooperation among organizations dealing with similar matters. While recognizing basic differences, there are still many matters relating to research, action planning and exchange of information that could benefit from more cooperation among organizations to avoid duplication of effort. This continues to be very dear to my heart. I have walked the line between protectionism and sustainable use.