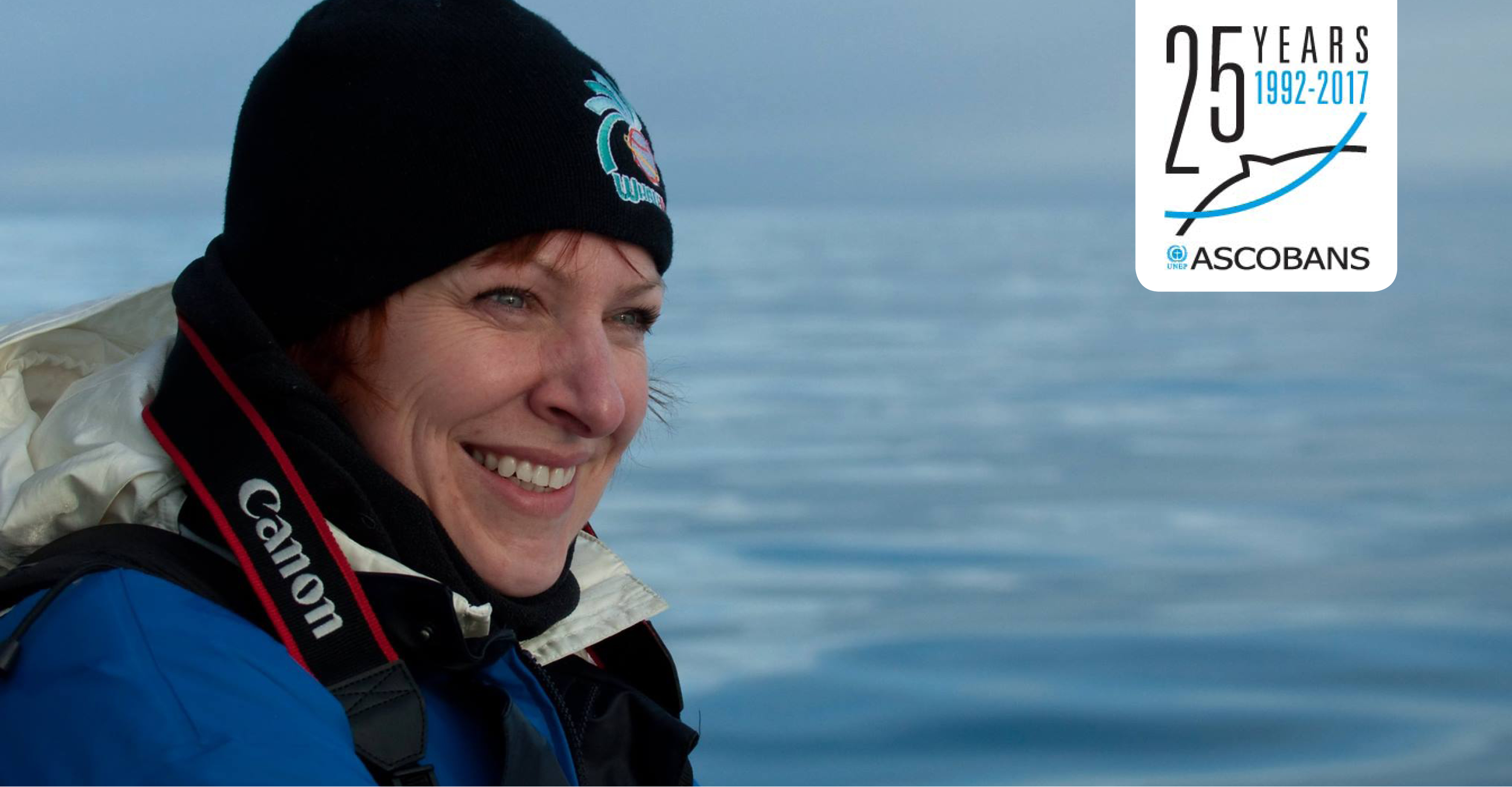 Involved with ASCOBANS since: 2006

When I started my work as ASCOBANS Coordinator and CMS Marine Mammals Officer in early 2007, my family was excited. Not only because after years of studying, internships and odd jobs I finally had some steady work, but very much also because my desire to work in nature conservation and my love for whales and dolphins landed me in an office job, rather than a dinghy in front of a whaling ship somewhere in the stormy Antarctic Ocean.

I must admit that I had imagined being a conservationist to be more hands-on than my work has turned out to be, but after now more than 12 years as a “conservacrat” with the United Nations in Bonn, I am still excited by what I do. And there are always holidays to actually go out and see the animals I work to protect.

Often, I get asked whether working in conservation isn’t frustrating, since everything just seems to get worse. Well, to some degree, yes. It is true that unfortunately we haven’t been able really to solve any of the conservation issues for marine species. Instead, many new or to date poorly understood issues are emerging and need attention, too. Any progress in international negotiation is slow, and the result of our work tends to be a nicely written declaration of intent – which may or may not be implemented as expected, something we as Secretariat staff have little influence on. But at the same time, every part of my work, even my least favourite administrative tasks, ultimately contributes to making things a little bit better than they would otherwise be – for this beautiful planet and for the amazing creatures living on it. If that doesn’t motivate, then what would?

Back in 2007, starting out properly on this career path, I was a “newbie” both in international relations and in marine biology. What impressed me most was how kind, supportive and welcoming the often grey-haired (and mostly also grey-bearded) experts supporting the CMS Scientific Council and the ASCOBANS Advisory Committee were. I learned more than I could ever have imagined, and continue to do so. A huge honour was when in May 2017 I received the ECS Mandy McMath Conservation Award – being mentioned in the same breath as many of my heroes feels undeserved, but pushes me to keep doing my best.

I hope that ASCOBANS will continue to be a place where positive action can develop and people can grow – both inside the Secretariat and in all the work related to the Agreement done by Parties and the Advisory Committee and working groups. The Agreement has made great strides over the years and has brought important issues to the attention of governments and other international bodies. Let’s continue like this shoulder to shoulder as the “CMS Family”!