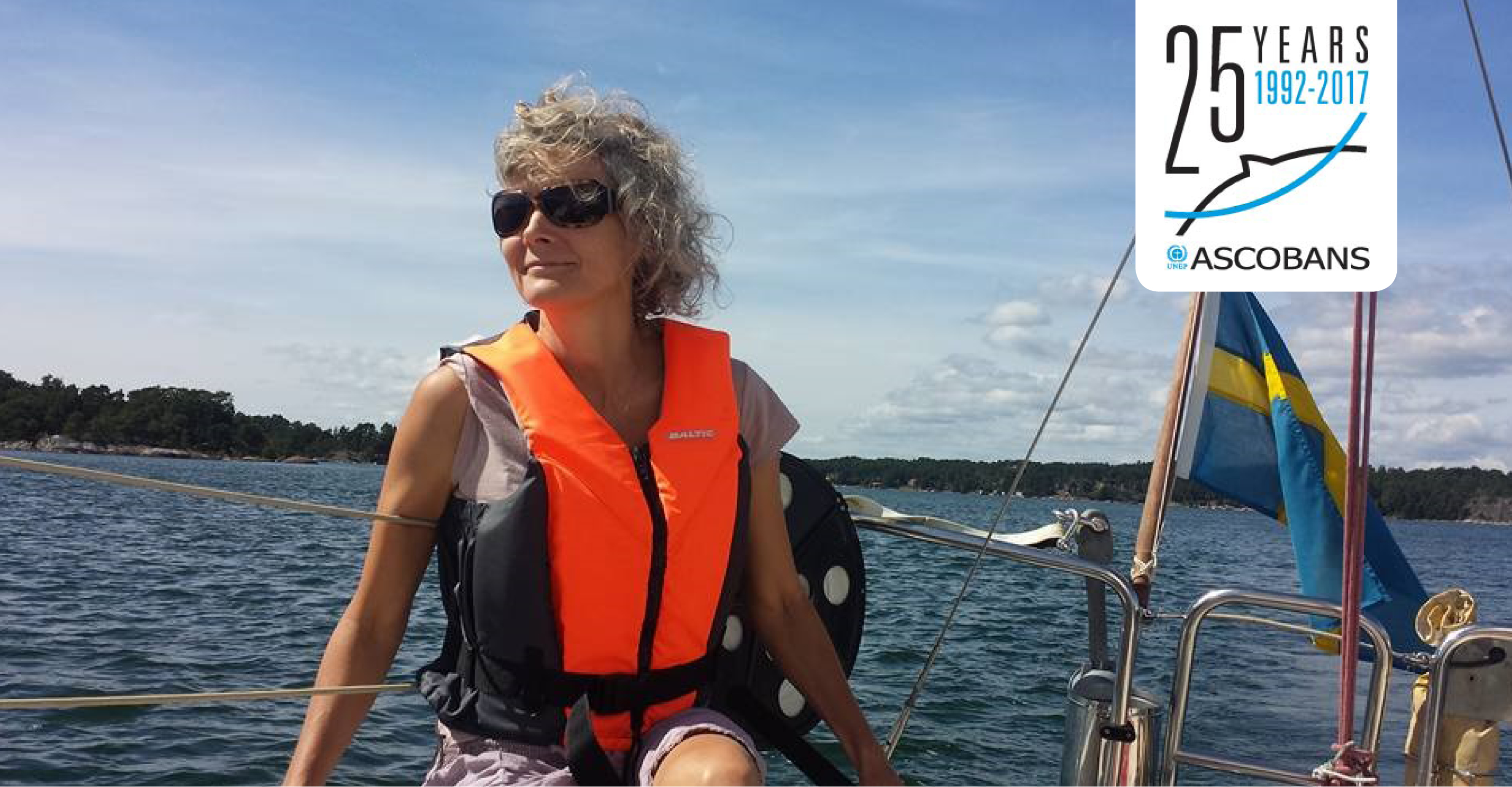 Involved with ASCOBANS since: 1995

For me nature has always been a source to find strength, peace, beauty and lots of fun. I grew up in a small village in the forested highlands in inland Sweden, but spent much of the summer holidays at my grandmother’s place by the Sound (south of Kattegat), and sailing in the Baltic archipelago. One day at grandmother’s place my mother wanted to show me something and brought me to the harbour, where two bycaught harbour porpoises had been landed.

In 1994 I was lucky to start my MSc thesis on harbour porpoise bycatch and participate as an observer on the first SCANS survey. The mix of physically and mentally challenging tasks and all the will, curiosity and sense of humour among the people I got to know made a deep impression on me. Many of the people I met then, fishermen as well as people in the scientific community, still remain close friends, colleagues or collaborating partners.

I first got involved in ASCOBANS through Dr. Per Berggren who was my supervisor at that time and I represented Sweden at the 2nd Advisory Committee meeting in 1995 when Per was not able to attend. Working with harbour porpoises in a country with very few people involved in cetacean conservation, the ASCOBANS recommendations and Species Action Plans continue to play an important role as support for scientific work and national management. The Agreement’s cooperation with other bodies, such as HELCOM, strengthens this further.

Of all ASCOBANS’ species the harbour porpoise is closest to my heart, and especially the Baltic Proper population. It is less charismatic than many other cetaceans, almost impossible to study due to the very limited number of observations and samples, and threatened by bycatch, high loads of environmental pollution and underwater noise. However, on the positive side are the advances in acoustic methods, rapidly yielding new insights in harbour porpoise distribution, abundance, behaviour and physiology. This, together with international cooperation including research, management and dissemination gives hope for the survival of the population.

My wish for ASCOBANS would be a continued development of the Agreement as a strong and scientifically sound organization, focusing on the highest prioritized conservation issues from both the management and scientific perspectives. To be successful this also requires an open dialogue and credible cooperation with stakeholders such as fisheries and the renewable energy sector.