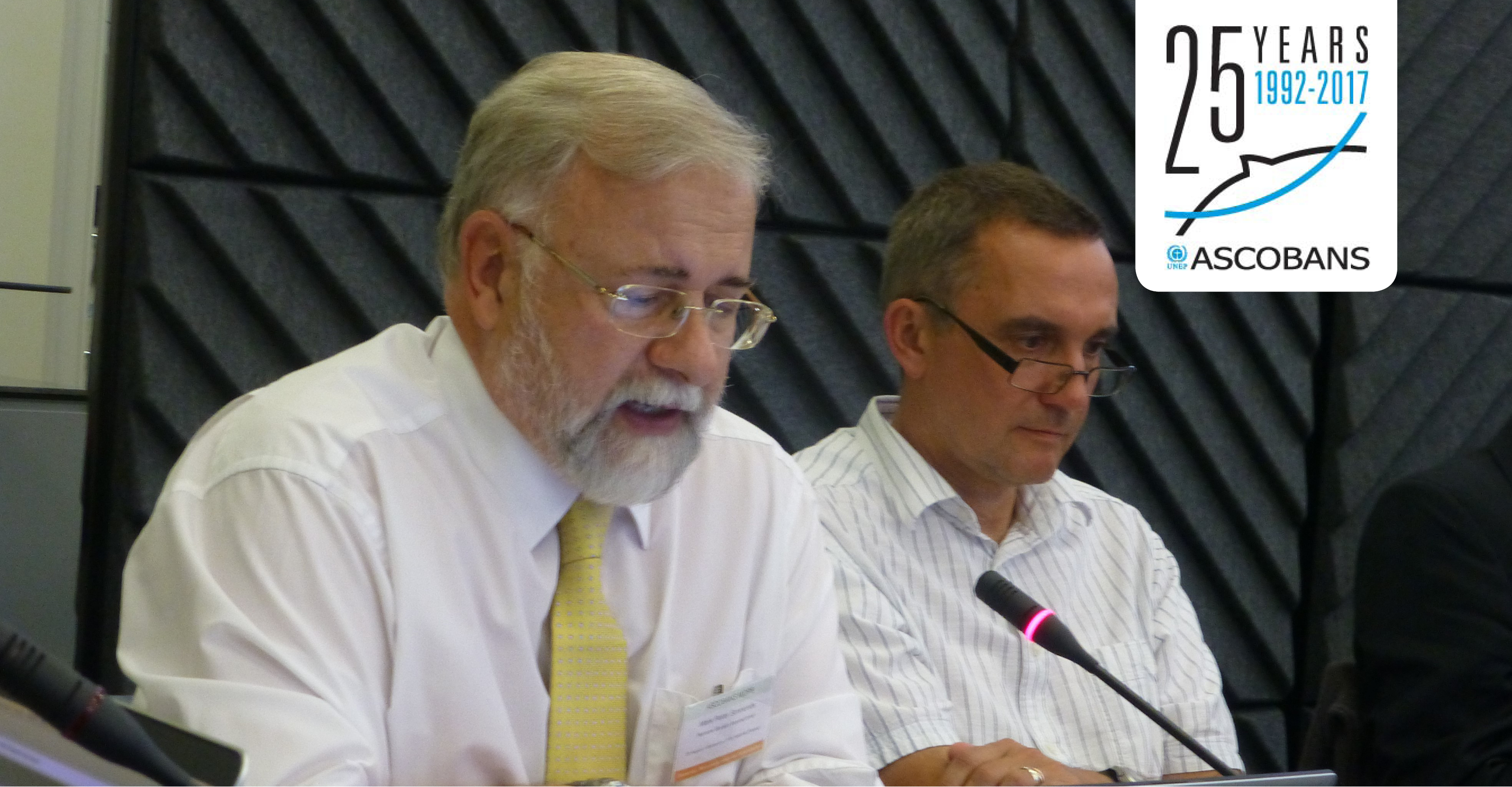 Country: based in the UK

Involved with ASCOBANS since: before 1992

In the late 1980s, I worked for Greenpeace International on a project aiming to better protect cetaceans from the growing range of threats that were becoming increasingly manifested in their environment. This eventually led to consultations with the Berne and Bonn Conventions and, finally, through the hard and inspired work of many others, to the conclusion of both ASCOBANS and ACCOBAMS.

I am now an ASCOBANS-nerd, having been to all of its meetings of parties and advisory committees, except for the one when I was a day late with my application and was barred from attending. I have always sat in the non-governmental ranks, trying to encourage, offer advice and deliver various tasks. For seventeen years, I had the honour of doing this for Whale and Dolphin Conservation (which I still work closely with) and now I have the privilege of representing Humane Society International At the forefront of my memories are the joyful presentations by the late Krzysztof Skóra of his latest ‘inventions’ to help the Baltic harbour porpoise; the wonderfully good-humoured and well-informed chairing of the young advisory committee by Peter Reijnders; later, the robust and witty chairing by Mark Tasker (we did not always agree but we did laugh); a famous romance that somehow bloomed at an Advisory Committee at Hel marine station (later turning into a marriage and family); and not forgetting the skinny-dipping by some delegates in a frozen lake in Finland.

ASCOBANS interests overlap with those of the EU, for example in the context of the Habitats Directive and our failure to achieve a good dialogue with the European Commission remains an open wound. (If nothing else, the advent of Brexit now arguably gives new importance to ASCOBANS.) Another disappointment is that, despite much encouragement, the Irish Republic is not a party. I remain passionate about whales and dolphins – wonderful and extraordinary animals – but, as our human populations grow, so do pressures on them. It is a grave disappointment that PCBs have ‘returned’ as a profound threat. We need to refocus on this and, more fully and urgently, address bycatch. Creative and inspired thinking is needed but, right now, we seem to be struggling to find a paradigm to define our efforts for these animals. I do not think it can be ‘sustainable use’, I think it needs to be precaution and compassionate conservation!

My favourite animal and my encounter would have to be Risso’s dolphins seen from ‘The Cliff’ on Bardsey Island in Wales. It was a sunny day and I was in the company of the late great marine conservationist, Mandy McMath. We could see across many miles of Cardigan Bay but the dolphins, with their characteristic arcane scarring and tall dorsal fins, milled around immediately beneath us close to shore; highly surface-active and undoubtedly involved in a major social interaction.