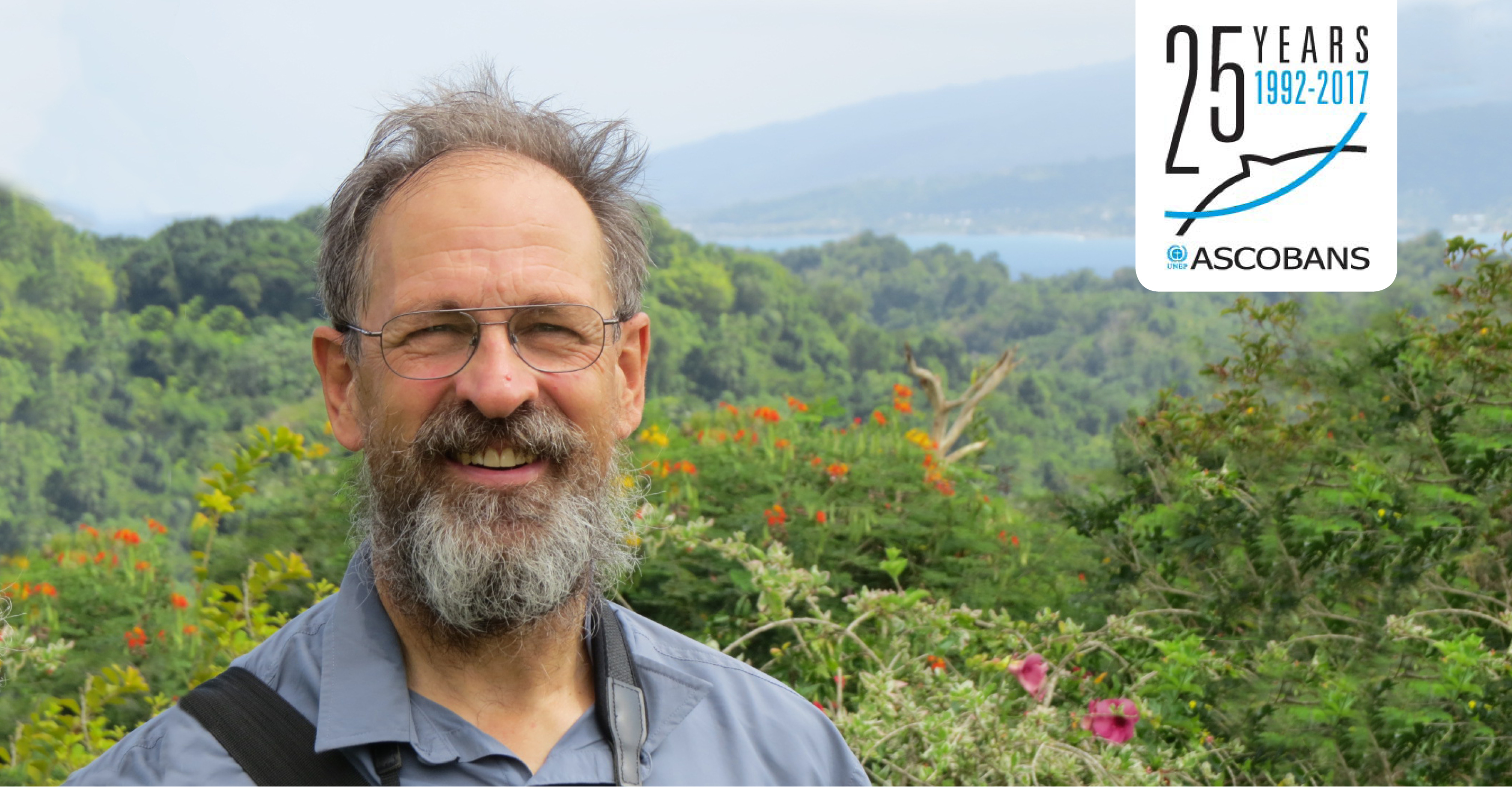 Involved with ASCOBANS since: 1990 (before ASCOBANS started)

I have recently retired from the UK government’s Joint Nature Conservation Committee after 37 years of work for it or its predecessor body. My jobs there nearly all revolved around marine conservation, particularly of marine species. During my career there I was either responsible for, or managed those responsible for advising the UK government on ASCOBANS. I helped write the Agreement and was closely involved with developing the action plan and the Advisory Committee. I was vice chair or chair of the Advisory committee for 12 years (nearly half the lifetime of the Agreement).  I also chaired one session of the Meeting of the Parties

My second job with the UK agency consisted of surveying birds at sea. This involved going out on all manner of vessels in the North Sea to determine if there were some areas more important for birds than others – this was the era when oilspills were far too frequently in the headlines. On my first trip out of Aberdeen, white-beaked dolphins popped up alongside of the vessel and I was hooked. We rapidly realized that there were many more cetaceans out there than were believed and that they too might require conservation action.

I have had many good experiences with ASCOBANS, but perhaps one of the most memorable was on the fieldtrip from the Advisory Committee meeting in Aberdeen, when we took the Committee to Inverness and showed many of them their first cetaceans – the resident bottlenose dolphins (again not really known about prior to our work on surveying birds at sea).  The spread (likely recovery) of these dolphins to the east coast of Scotland means that now one of the most reliable places to see them is Aberdeen harbour entrance.

My favourite animal is the elephant seal (northern or southern, both equally fun). These monsters make the best rude noises on the planet. Populations have recovered in most places from savage over-hunting by man. The young male that climbed into my beached zodiac in Antarctica and slobbered all over our field gear while snuggling between its newly found grey inanimate mates (the hull of the zodiac) is particularly memorable.

As a founder of ASCOBANS I am delighted that it is still thriving after 25 years. My wish is that it continues to use evidence-based approaches to conservation and focusses on the main pressures on our small cetacean populations, rather than unproven belief-based approaches.  This way the limited funding for cetacean conservation will be spent in the most effective way.