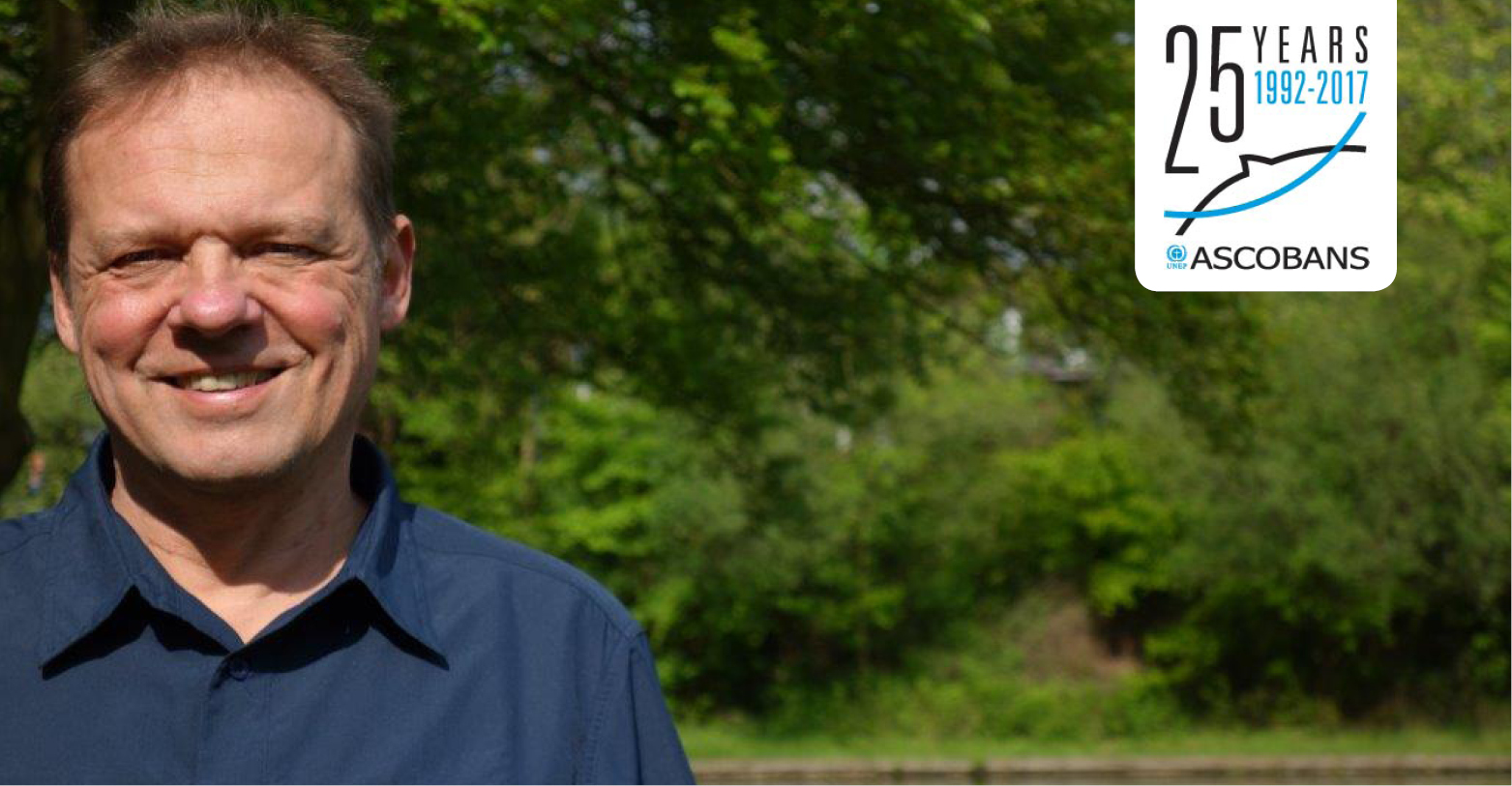 Involved with ASCOBANS since: 1996

I was always fascinated by whales and dolphins so of course as a biology student I dreamed about becoming a cetacean scientist, I guess like many other students.

I dreamed about cruising around in nice research boats and experiencing the adventure of being in the water with cetaceans. In the end, it wasn’t a ship but a plane, a special plane to count porpoises in the North Sea as part of my post doc. I was able to identify the waters off the German islands of Sylt and Amrum as a kindergarten for porpoises. I started with some colleagues to campaign for a porpoise sanctuary in these waters. Some of my bosses at the University felt this was wrong: scientists needed to be neutral and just do science. But I felt who better than the scientist who knows most about the issue to speak up. So I took the opportunity and became a Greenpeace campaigner for cetaceans, and finally found myself in a boat sitting between Norwegian whalers and some Minkes .

And also the waters off Sylt became the first small cetacean sanctuary with ASCOBANS playing a very important role because the rules and resolutions from ASCOBANS helped to convince the German Government to support this. Over the years I have been to many ASCOBANS meetings, both the Advisory Committee and at the Meeting of Parties, and I always liked the very cooperative spirit and the willingness to help porpoises and other cetaceans. This was a very positive experience.

I am still very fascinated by cetaceans with humpbacks being my favourites, which has to do with a very impressive experience I had with a rowdy humpback group off the Dominican Republic when they were “flying” with their big wings around our small research boat, breaching and sky hooping trying to impress us, I guess because the female in their group wasn’t very enthralled. I still work with cetaceans, now as an independent consultant for marine conservation, but I also learnt to love sharks, a group of species which needs a lot of support as well. Many of them are in very serious danger.

I wish ASCOBANS another 25 successful years - we and our cetaceans need it. And I wish that the EU Fisheries DG would give cetacean protection (and sharks) a much higher priority.