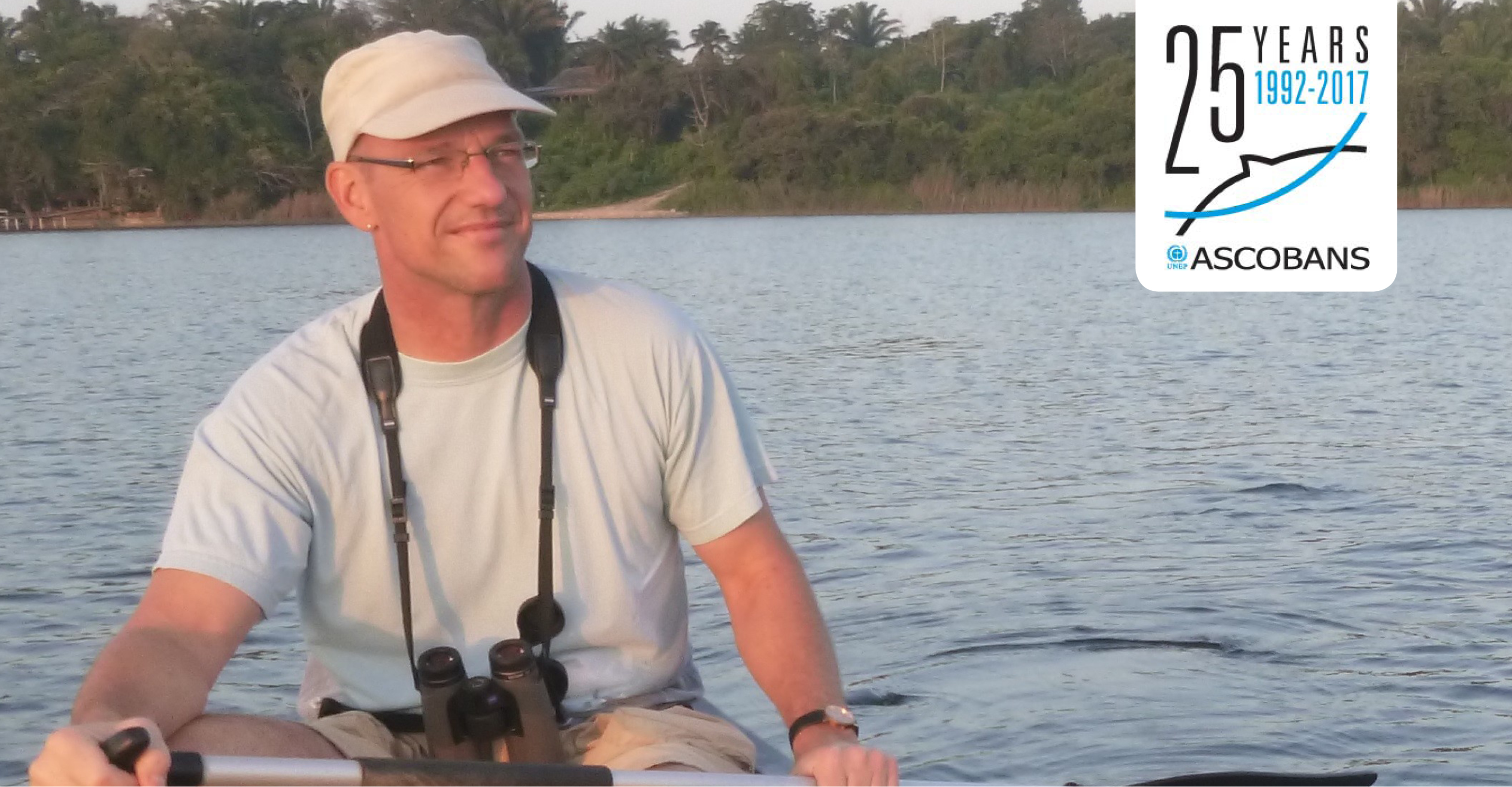 Having grown up on the shores of the Baltic Sea in Germany, I studied biology in Kiel and marine science in New Zealand, specializing in the behavioral ecology and population biology of dolphins. With marine conservation as my driving motivation, I was fortunate to work for various organisations over the years to advance the conservation of cetaceans in Europe: In 2001, I attended ASCOBANS for the first time (in Nymindegab) as the German campaigner of an international NGO. From 2005 to 2007, I represented the Federal Agency for Nature Protection (BfN) and chaired the Jastarnia Group. And between 2008 and 2011, I assisted the Federal Ministry for the Environment, Nature Conservation and Nuclear Safety (BMU), among other things by chairing the Advisory Committee of ASCOBANS.

With the harbour porpoise being the only cetacean still reproducing in German waters, it became important to publicize its plight, e.g. by bringing the “Song of the Whale”, the campaign vessel of IFAW, into the Baltic Sea 15 years ago. At the time, not much was known about the abundance of the Baltic Proper population of the harbour porpoise, only that it might be as low as 100 individuals. The combination of three lethal threats is thought to be responsible for this catastrophic situation: inadvertent bycatch in fishing gear, chemical and acoustical pollution, and prey depletion due to habitat loss (including over-fishing). Recent population estimates have corrected the total abundance a little upwards (still much too low, however), but rather than signaling an improvement, this only shows how little is known about the Baltic harbor porpoise.

During the decade of my involvement with ASCOBANS, it was always a wonderful and inspiring experience to be part of a small group of dedicated scientists and managers who met once a year as the Jastarnia Group, trying to advance the implementation of the recovery plan for the Baltic harbour porpoise.

For the future, I wish that ASCOBANS' Contracting Parties implement the many useful measures they adopt as well as many more conservationists to champion the protection of (small) cetaceans in the difficult times ahead.