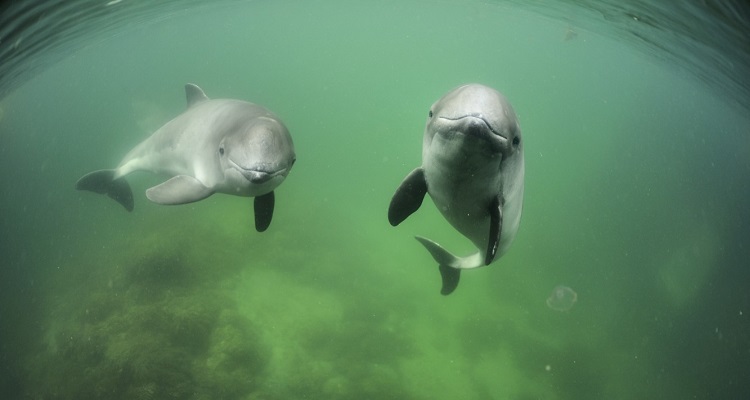 Kolmården/Bonn – For many years, lack of data on the distribution and abundance of the unique harbour porpoise population in the Baltic Sea has been one of the key obstacles to taking targeted action for their protection. Now, thanks to the EU Life+-funded SAMBAH (Static Acoustic Monitoring of the Baltic Sea Harbour Porpoise) project, for the first time these key questions have received reliable answers.

The data, collected through passive acoustic monitoring over a two-year period, shows a clear distinction between the population inhabiting the Baltic Proper, and the more abundant population in the Western Baltic, Belt Seas and Kattegat area during the months important for reproduction.

While there is relief that there are still an estimated 450 animals in the Baltic Proper population, this low number also shows that decisive action is needed to protect them effectively. In such a small population, indeed every individual counts!

During the summer breeding season, when females give birth and mating takes place, the Baltic population has been found to be concentrated mainly around the Midsjö offshore banks southeast of Öland. This kind of information is crucial in order to determine which measures should be taken to ensure their effective protection. During the winter months, however, the animals seem to be more widely dispersed, moving both east further into the Baltic Sea and west into German, southern Swedish and Danish waters – measures taken here will therefore benefit both the critically-endangered Baltic porpoises and the more numerous western population.

The newly released information will be of crucial importance for national entities entrusted with the conservation of marine life in their waters, as well as of international bodies working in the region, such as HELCOM and, of course, ASCOBANS. The dedicated ASCOBANS Recovery Plan for Baltic Harbour Porpoises (Jastarnia Plan) could now be reviewed and revised based on these new findings.