Symposium on Harbour Porpoise in the Wadden Sea 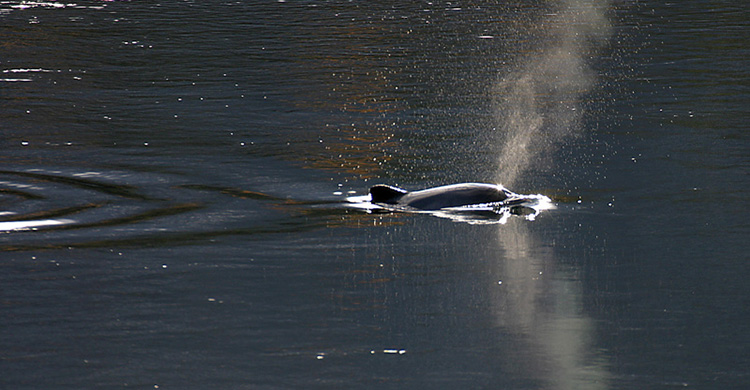 Bonn/Wilhelmshaven, 15 April 2019 – The ASCOBANS Secretariat participated in a scientific symposium entitled ‘Bright Future? Harbour Porpoises in the Wadden Sea’ which took place on 11 April at the UNESCO Wadden Sea World Heritage Visitor Centre. The aim of the symposium was to gather new information on the population status, monitoring and threats in the Wadden Sea.

The symposium welcomed scientists, researchers, conservation managers, policy-makers, NGOs and other stakeholders, and was a part of the annual ‘Harbour Porpoise Days’ in Wilhelmshaven.

Meike Scheidat from Wageningen Marine Research gave a presentation on the conservation status of porpoises in the Wadden Sea. She highlighted that between SCANS projects in 1994, 2005 and 2016 one could see a shift of Harbour Porpoises moving from the east coast of the UK to south, also to the Wadden Sea area.  In his presentation, Jonas Teilmann from Aarhus University talked about movements of satellite-tagged porpoises and potential future monitoring in the Danish Wadden Sea.

Holger Haslob from Thünen Institute of Sea Fisheries presented the Demersal Young Fish Survey with stock indices for selected forage fish in the German Wadden Sea. Ursula Siebert from the Institute for Terrestrial and Aquatic Wildlife Research talked about anthropogenic activities and their effects. The presentation of Mardik Leopold from Wageningen Marine Research touched upon Wadden Sea’s suitability as habitat for the Harbour Porpoise. Tobias Schaffeld presented effects of multiple exposure to pile-driving noise on Harbour Porpoise hearing during simulated flights.