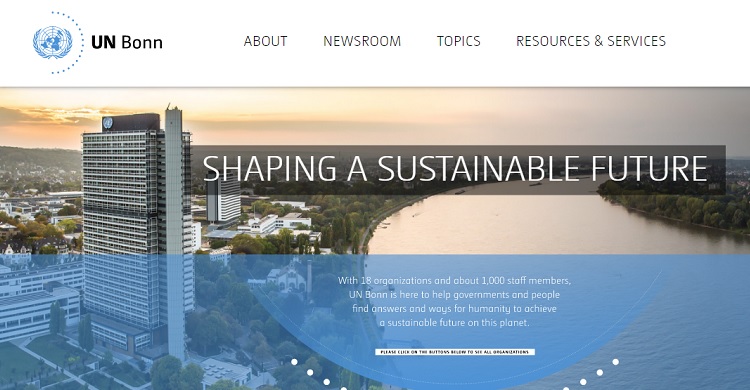 Bonn, 22 June 2016 – the Secretariats of the Convention and the Bonn-based Agreements are participating in a new venture – a joint website of the 18 UN agencies located in the city.

Twenty years ago, the foundation was laid for the United Nations in Bonn to become a centre for sustainable development. Although the Secretariat of CMS has been located in Bonn since it was set up in the 1980s, it was only with the arrival of the United National Volunteers and later the Secretariat of the UN Framework Convention on Climate Change that the city noted as Beethoven’s birthplace and the first capital of the Federal Republic of Germany could really lay claim to being a UN city.

To mark the anniversary, the UN in Bonn has launched a new website, which captures the full spectrum of the work of the agencies and represents its first dynamic ‘shop window’ to the work and achievements of this flourishing hub for global sustainability. The anniversary and the new online presence comes some six months after governments agreed two significant milestones which underpin much of UN Bonn’s work, now and into the future—a set of 17 forward-looking Sustainable Development Goals and the Paris Climate Change Agreement.

You can access the new website here unbonn.org and the Press Release in English and German can be found on the media page.