Whale and Dolphin Conservation Honoured for Outreach and Education Efforts 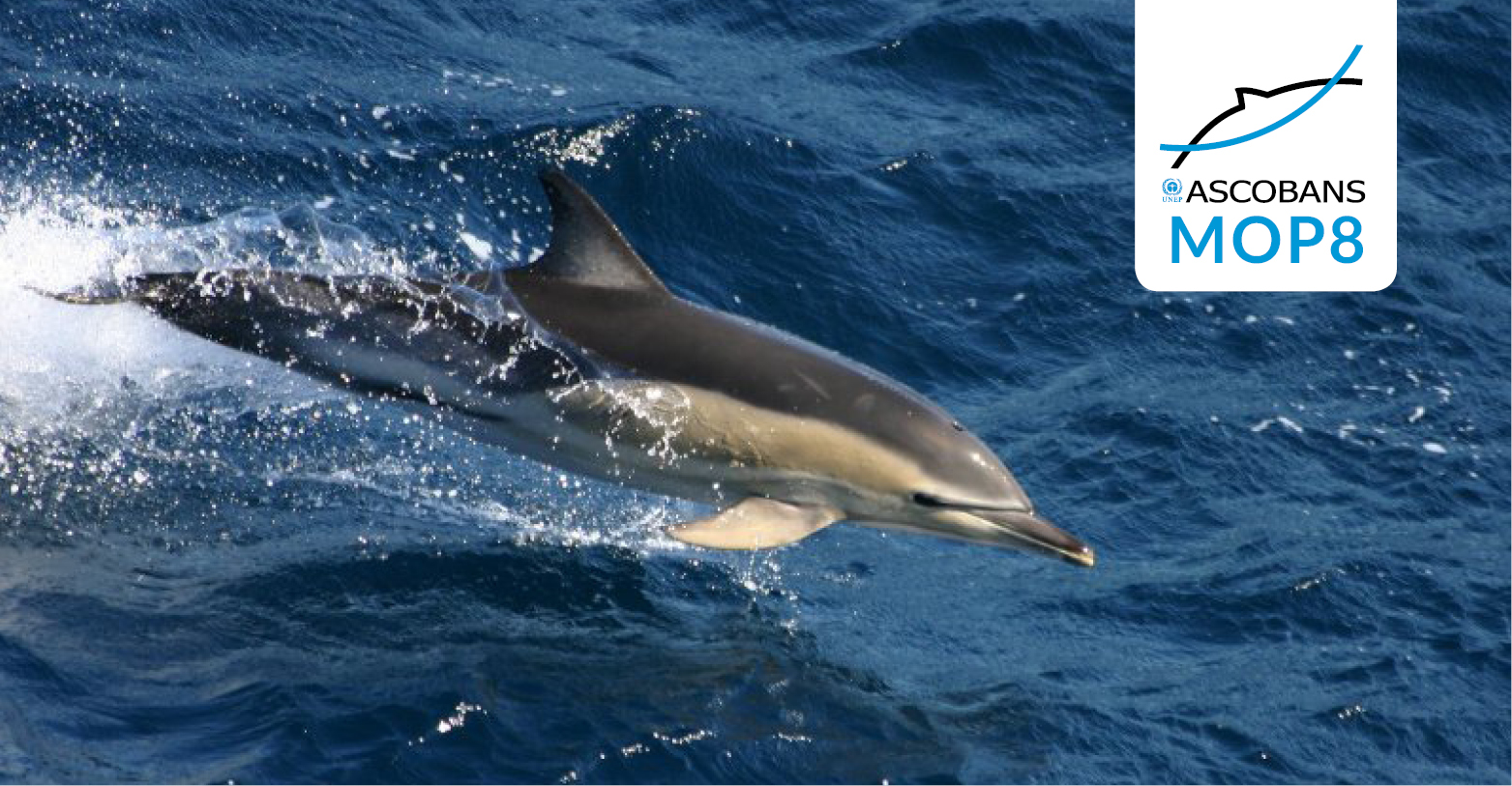 Bonn, 30 August 2016 - Today, the ASCOBANS Outreach and Education Award was presented to Whale and Dolphin Conservation (WDC), and accepted on behalf of the organization by its Chief Executive, Chris Butler-Stroud. CMS Executive Secretary Bradnee Chambers presented the award.

The award was presented at the 8th Meeting of the Parties to ASCOBANS, following a public call for nominations and the decision by a jury established by the ASCOBANS Advisory Committee. The purpose of the award is to recognize the crucial role of education in motivating people to protect the natural world. Education can increase public awareness both of the need to conserve small cetaceans and of the methods by which to do so. Only with effective outreach at many levels can the public become aware of challenges and able to fully support conservation efforts.

Past recipients of the Outreach and Education Award have included dolphin expert Mats Amundin of Sweden, Peter Evans of the Sea Watch Foundation, Petra Deimer and Hans-Jürgen Schütte of the Society for the Protection of Marine Mammals, and the Hel Marine Station in Poland.

The most recent recipient, WDC, has been an international leader in educating and exciting people of all ages about whales and dolphins. WDC’s core belief is that “whales and dolphins have the right to exist as nature intends, not as humans decide.” Its many activities to promote its message include curating informative social media accounts and an active website; participating in a German public outreach campaign; organizing celebrity outreach and working with the professional sailor, Andreas Hanakamp; working with established media outlets to publicize cetacean issues; and writing reports, books and articles about conservation efforts. WDC has sponsored creative competitions, such as a collaboration with the High School of Applied Science (Dessau, Germany) to produce educational material. With other NGO partners, WDC also sponsored “Die letzen 300,” (the last 300) a competition designed to inspire creative works about the endangered harbour porpoises in the Baltic Sea. An exhibition showcasing the resulting work ran from January to April 2015 at the German Oceanographic Museum (Stralsund, Germany).

Outside of Germany, WDC sponsors volunteer speakers in the United Kingdom; these speakers inform a range of groups, from schools to professional businesses, about whale and dolphin issues. On the Scottish coast, WDC supports a citizen science programme, Shorewatch, which trains members of the public to take part in cetacean observation surveys. In the north of Scotland, working with the Scottish Dolphin Centre, WDC supports a visitor centre to educate schoolchildren. All told, several thousand children enjoyed either a talk or took part in an activity in 2015.

For its younger audiences, WDC maintains a separate ‘Kidzone’ webpage. They offer fun facts, colouring pages, videos and sound recordings, and even the opportunity to earn a Dolphin Diploma or take part in other activities. WDC creates and distributes a variety of educational materials for schools, such as activity booklets, to be incorporated into curriculum or used as a stand-alone activity. WDC’s education team works to inform and inspire a new generation of activists.

Outreach and education are key parts of any conservation plan, and ASCOBANS is happy to honour the contribution from WDC to these efforts. Thanks to the work of WDC, more people are informed and perhaps motivated to protect the incredible whales and dolphins that make their homes across the world. Their dedication to creating a world where every whale and dolphin is safe and free is admirable.

ASCOBANS is the Agreement on the Conservation of Small Cetaceans in the Baltic, North East Atlantic, Irish and North Seas. It is one of the daughter agreements of the Convention on Migratory Species (Bonn Convention) and entered into force in 1994. Since then, its Parties have met eighth times, every four years, to assess the implementation of the agreement and decide what measures to take for better conservation of the species protected under the agreement. This article is part of a series of articles showcasing some of the issues and resolutions to be discussed at the upcoming 8th Meeting of the Parties to ASCOBANS (MOP8).