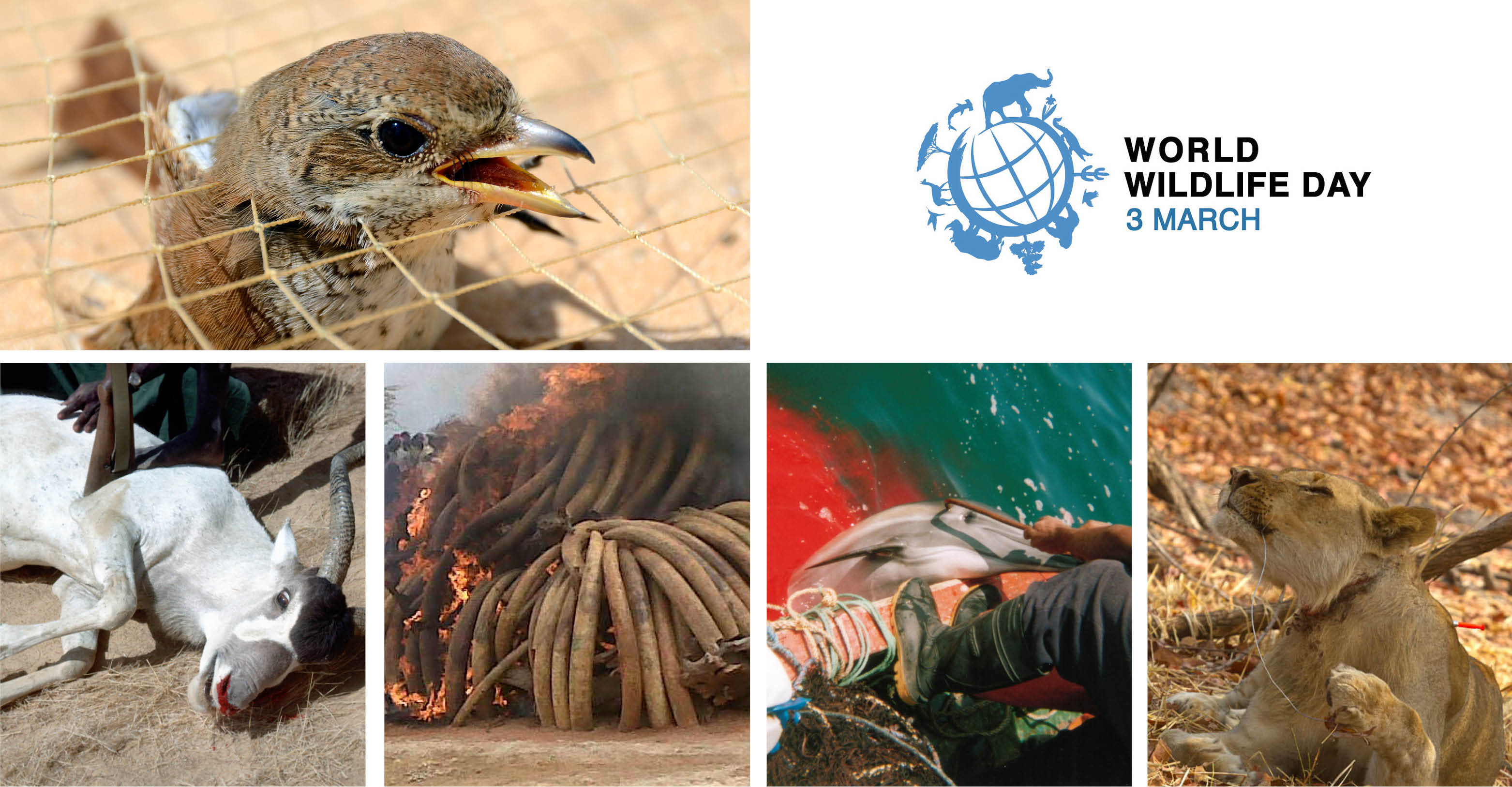 Photos: Bird trapped in a net found along the Egyptian coast © Holger Schulz; shot Addax © John Newby, SCF; burning ivory; thousands of dolphins are killed illegally every year © WDC; a lion chews at a snare caught around its neck © Courtesy of Panthera.org

Bonn, 3 March 2015 – today is World Wildlife Day, chosen as it marks the anniversary of the signing of CITES (the Convention on International Trade in Endangered Species of Wild Fauna and Flora) one of the two international treaties dedicated to the conservation of wildlife.  As the second of those treaties, CMS is making a contribution to this year’s campaign, which has the theme “It’s time to get serious about wildlife crime”.

CMS has also produced a press release and a special factsheet highlighting the extent of the threat posed by wildlife crime to endangered species – especially migratory ones – and the action CMS and its Parties are taking, often in conjunction with a broad alliance of partners consisting of NGOs and other MEAs.  In conjunction with WWF, the Secretariat of the Indian Ocean South-east Asian Marine Turtle MOU (IOSEA) has produced a factsheet called "Illegal Take and Trade of Marine Turtles in the Indian Ocean Region".