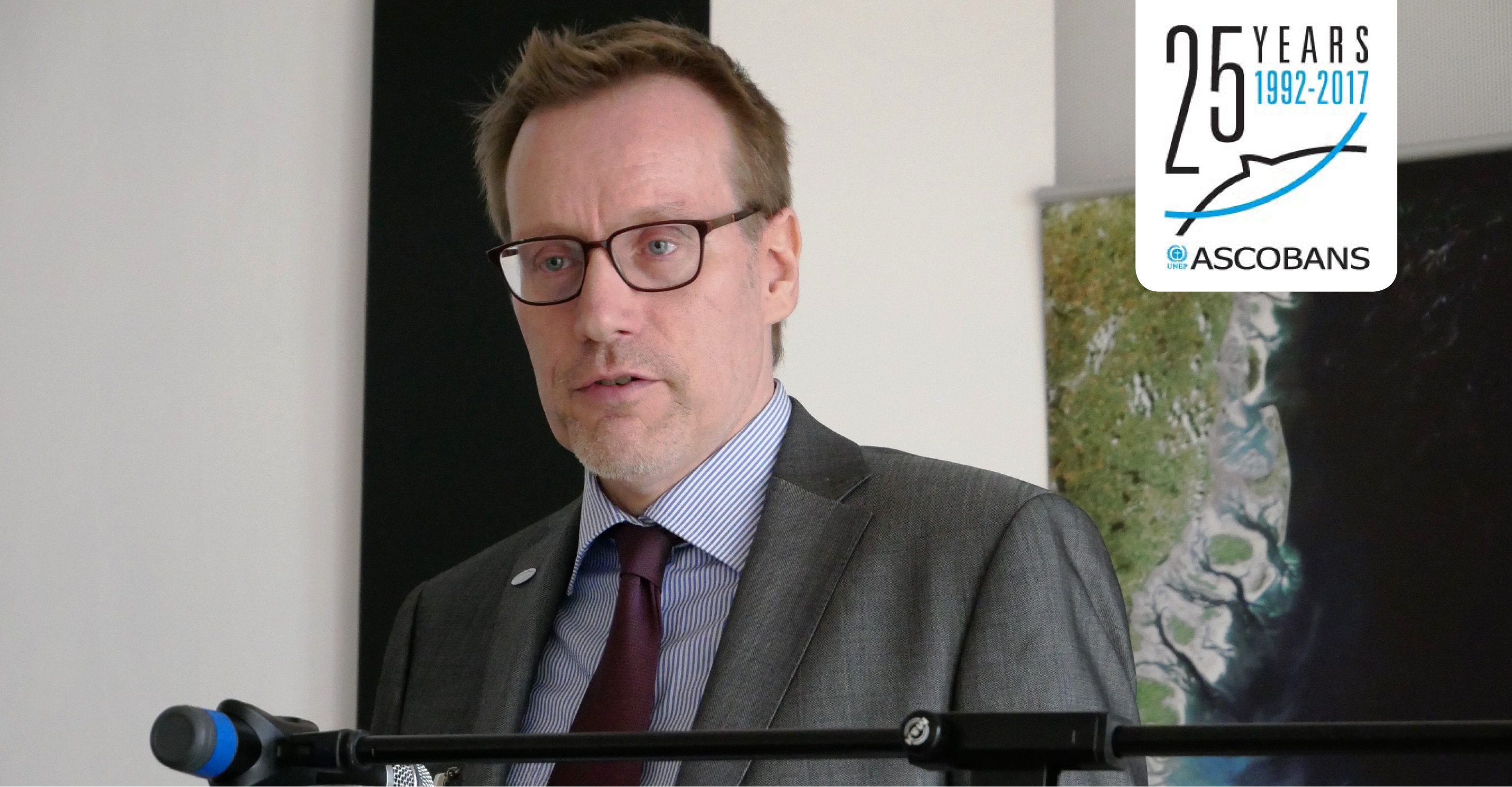 Involved with ASCOBANS since: 1999

No, I am not a biologist, but, yes, I knew how to spell “cetaceans” before joining the ASCOBANS Secretariat. As an international lawyer I had several years of experience in international environmental affairs when I assumed the post of Executive Secretary of the Agreement in 1999 but marine conservation was a field I had never before worked in – and one I have never left since then. Perhaps it was simply my natural habitat as I have always been fascinated by the sea and for me cetaceans of all shapes and sizes are absolutely captivating. So ASCOBANS and the cause it stands for quickly became a way of life for me. After leaving the Secretariat, which I headed for more than 7 years, I was privileged to become a member and later the chairperson of the ASCOBANS Jastarnia Group, representing Coalition Clean Baltic (CCB) and allowing me to indulge not only my passion for cetacean conservation but also my love of the Baltic Sea and its surrounding region. As Executive Secretary of the Common Wadden Sea Secretariat (CWSS), my main focus is now on the southern North Sea and my mandate has broadened to include various other species. These include pinnipeds, since seals are an important component of the Wadden Sea ecosystem (and CWSS also serves as the Secretariat of the Wadden Sea Seals Agreement, the first Agreement concluded under Article IV of CMS), and migratory birds, of which some 10 to 12 million pass through the Wadden Sea World Heritage area tevery year during their migration along the East Atlantic Flyway. But cetaceans – especially harbour porpoises – are still on my agenda and ASCOBANS is an important partner organization for CWSS. I am very pleased to congratulate ASCOBANS on its 25th anniversary and hope that its Parties will ensure that the Agreement and the many dedicated “people behind ASCOBANS” (be they biologists, lawyers or experts from any of the many other disciplines involved) will be able to continue their vital work for many years to come. Because the struggle to protect and conserve whales and dolphins in Europe’s northern regional seas – most notably but not exclusively the harbour porpoise in the Baltic proper – is far from over and ASCOBANS remains as relevant as ever.