New Paper on Animal Culture Published in the Journal Science 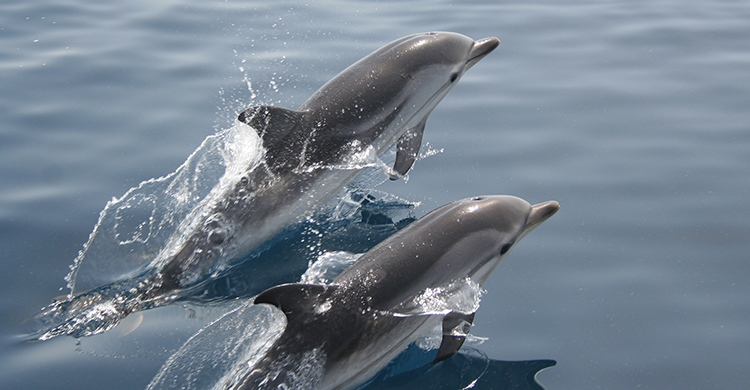 Bonn, 26 February 2019 – A paper compiled by an international team of researchers with expertise in animals as diverse as birds and whales has been published online today by the journal Science.

The paper sets out the evidence accumulated over the years of the importance of social learning in a wide range of vertebrate species.  The research shows that knowledge passed on through the generations by young animals learning from their elders is as important to the survival of species as genetic transmission especially in adapting to new migration routes and finding sources of food.

The paper is being published online by Science today and will appear in the print edition on 8 March 2019. Further details about the report’s findings and its authors, Ms Philippa Brakes of the University of Exeter and Professor Christian Rutz of the University of St Andrews, can be found in the press release issued today by the University of Exeter.  Animal culture is a theme where CMS has taken the lead, organizing an expert workshop in Parma, Italy last year.  The subject was also discussed at CMS COP12 in October 2017 in Manila, culminating in the adoption of Decisions 12.75-77 directed at the expert working group on culture and social complexity, the Secretariat and the Scientific Council.

About the Convention on Migratory Species (CMS)

The Convention on the Conservation of Migratory Species of Wild Animals (also known as CMS or Bonn Convention after the city in which it was signed) aims to conserve terrestrial, aquatic and avian migratory species throughout their range. It is an intergovernmental treaty, concluded under the aegis of the United Nations Environment Programme, concerned with the conservation of wildlife and habitats on a global scale. Since the Convention's entry into force in 1979, its membership has grown steadily to include 127 Parties from Africa, Central and South America, Asia, Europe and Oceania.