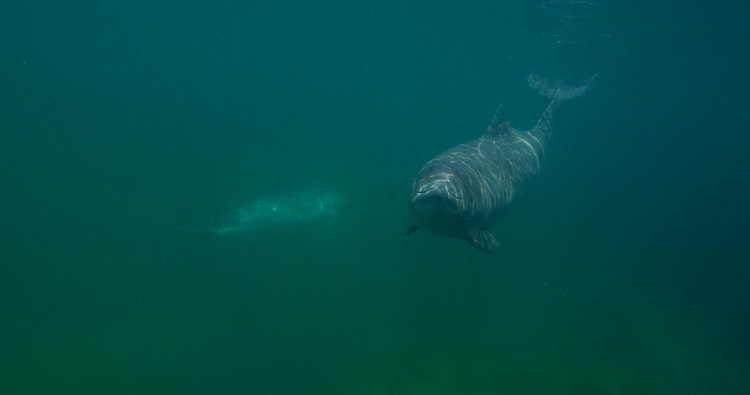 4 February 2021 - A new article Out of Sight, Out of Mind: How Conservation Is Failing European Porpoises has been published in Frontiers in Marine Science (open access) as part of the research topic 'Small Cetacean Conservation: Current Challenges and Opportunities'.

The article stresses the vulnerability of the harbor porpoise in European seas and especially in the Baltic Sea, the Black Sea and in the waters of the Iberian Peninsula off Portugal and Spain, and call for urgent action, especially in relation to bycatch.  The article can be found here.

The conservation of harbor porpoises (Phocoena phocoena) appears to be failing in Europe. There are particular concerns about this species in the Baltic Proper, Black, and Mediterranean Seas, as well as in the Northeast Atlantic, including the Iberian population, off the Spanish and Portuguese coasts. The Baltic Proper porpoise is “critically endangered,” with a population only in the low hundreds, and the Scientific Committee of the International Whaling Commission has repeatedly called for action to ensure its survival. In 2020, the Committee issued a series of recommendations relating to it and the Iberian population. Similarly, the Black Sea harbor porpoise, Phocoena phocoena ssp. relicta, is classified by the IUCN as endangered. Another population which may be genetically distinct is the West Greenland harbor porpoise, which is hunted without quotas or close seasons. European cetaceans and their habitats are covered by a number of international and regional conventions and agreements and, under European Union law, are “highly protected.” In practice, however, these legal protections have failed to generate effective conservation. For example, Special Areas of Conservation (SACs) are required for them and, although sites have been designated in some marine areas/countries, in the absence of appropriate management plans, SACs cannot be expected to help improve the harbor porpoise's conservation status. Compared to many other species, porpoises are relatively long-lived with low reproductive capacity and only poor public recognition. Conservation and management efforts are caught up in a complicated nexus of interactions involving a web of commitments under international conventions and agreements, European environmental laws, and European fisheries policy. However, public disinterest, lack of political will to implement conservation measures, and complicated fishing-related issues hinder any real progress. More positively, recent advice from the International Council for the Exploration of the Seas (ICES) provides a new scientific foundation for conservation action to address fisheries bycatch in the Baltic Proper harbor porpoise population. Populations of other porpoise species (family Phocoenidae) are also threatened, most notably the global population of the critically endangered vaquita, or Gulf of California porpoise (Phocoena sinus). The common threats and factors affecting porpoise populations are discussed and recommendations offered.