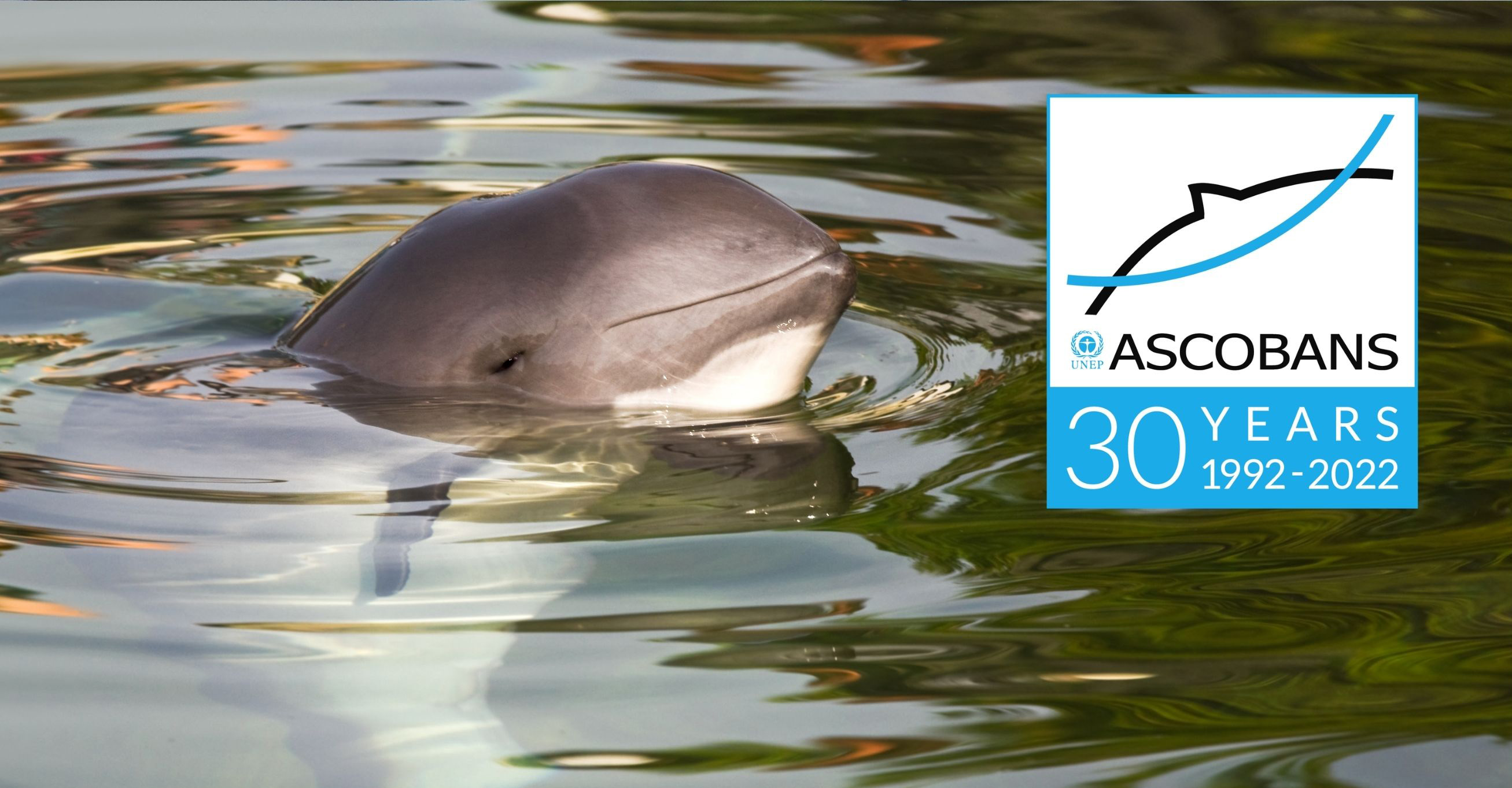 Harbour porpoise is one of the species that benefits from tailored conservation activities under ASCOBANS for the past three decades. © Adobe Stock Photos

Bonn, 17 March 2022 – Thursday 17 March 2022 marks the 30th anniversary of the Agreement on the Conservation of Small Cetaceans of the Baltic, North East Atlantic, Irish and North Seas (ASCOBANS) – a regional environmental treaty of the United Nations.

Concerns over the impacts of human activities on small cetaceans led to the negotiation of ASCOBANS under the auspices of the Convention on the Conservation of Migratory Species of Wild Animals (CMS). The Agreement was concluded on 17 March 1992 and has subsequently been signed by 10 countries.

Cetaceans are highly migratory species that cross international borders and their conservation depends therefore on transboundary measures. The core objective of ASCOBANS is to achieve and maintain a favourable conservation status for small cetaceans in the waters of northern and western Europe. The Agreement covers dolphins and all toothed whales occurring its area.

Scientific data are a precondition for targeted conservation measures. Over the past three decades, ASCOBANS has supported many projects, including the development of tailored conservation activities for the Baltic population of the harbour porpoise. The Jastarnia Plan is a conservation strategy for the recovery of this vulnerable population, which is currently assessed as Critically Endangered by the IUCN, with fewer than 500 individuals remaining. The recovery plan recommends that countries invest more in the development of alternative fishing methods that reduce the risk of bycatch.

ASCOBANS Executive Secretary, Amy Fraenkel said: “ASCOBANS has proven to be an effective framework for international collaboration and collective action, among governments, scientists, policy makers, and partner organisations. It provides a platform to agree on tangible solutions to key threats, such as bycatch and underwater noise. It also provides science-based advice and guidance to inform decisions on how to mitigate these threats.”

The biggest threat is bycatch – accidental capture and entanglement in fishing nets. Recognizing the severity of the threat posed, the Conservation and Management Plan annexed to the Agreement states that modifications of fishing gear and fishing practices shall be applied in order to reduce bycatch where data indicate that the levels of interaction are unacceptable. In the long term, ASCOBANS aims to reduce bycatch to zero.

Marine debris, including abandoned, lost or otherwise discarded fishing gear (ALDFG) and  ingestion of other plastics, is also a threat to cetaceans and has a negative impact on substantial number of marine mammals.

Decline of prey availability or quality can be caused by overfishing, marine construction, and climate change. Reduced prey intake may result from behaviour alterations due to disturbance or displacement.  Similarly, the health of cetaceans may be negatively affected if a nutritionally-rich prey is no longer available. Particularly species with high metabolic rates (e.g. the common dolphin) and limited fat reserves (e.g. the harbour porpoise) are susceptible to resource depletion.

With climate change, pollution, and biodiversity loss affecting small cetaceans, much work remains and ASCOBANS continues to have an important role to help ensure the well-being of these key species.

To mark the 30th anniversary of the Treaty, the ASCOBANS Secretariat has highlighted the milestones of the past decades in a dedicated webpage.