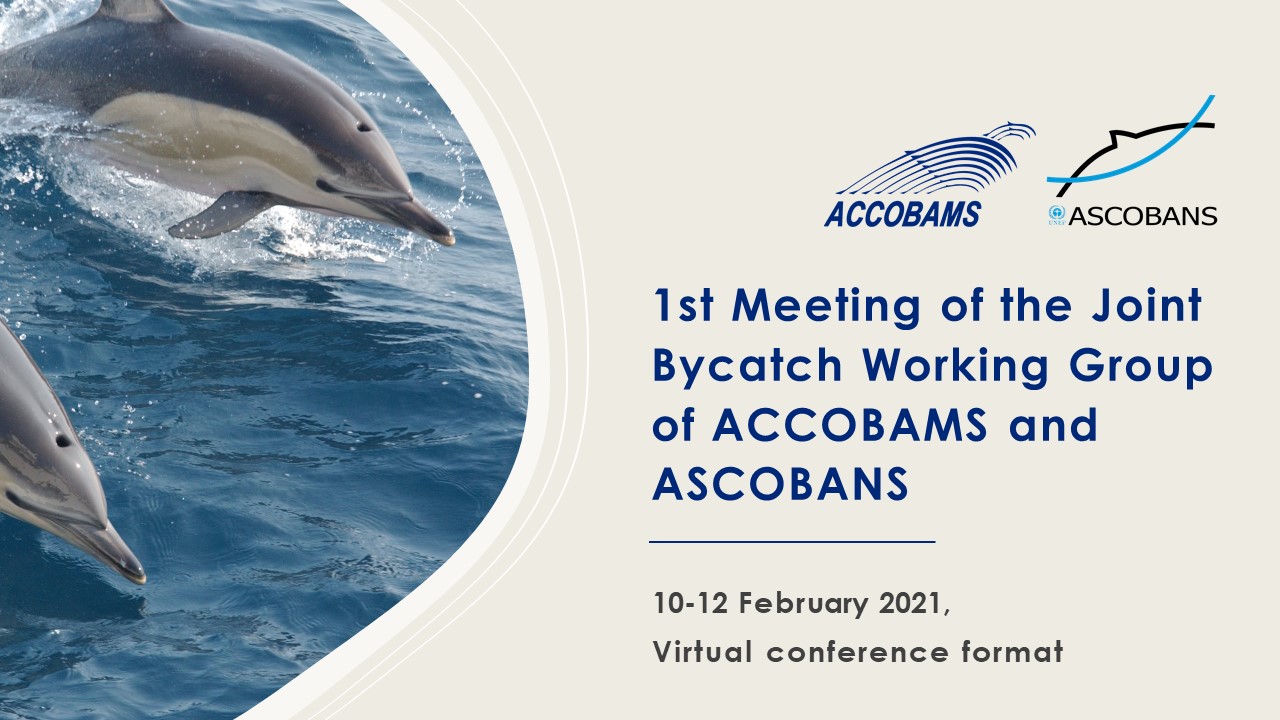 Bonn/Monaco, 10 February 2021 - Bycatch, or incidental catch in fishing gears, remains the main cause of human influenced mortality affecting cetaceans in all waters around Europe, from the Baltic Sea, through the Atlantic, the Mediterranean and Black Seas.

ACCOBAMS – the Agreement on the Conservation of Cetaceans of the Black Sea, Mediterranean Sea and contiguous Atlantic area – and ASCOBANS – the Agreement on the Conservation of Small Cetaceans of the Baltic, North East Atlantic, Irish and North Seas – are both international treaties concluded under the Convention on Migratory Species (CMS). Both agreements are aimed at achieving and maintaining a favourable conservation status for cetaceans with respect to the areas and species covered by the agreements.

Aware about the need to address the incidental catch of cetaceans as a priority conservation issue, the Parties to ACCOBAMS and ASCOBANS decided in 2019 to establish a Joint Bycatch Working Group in order to generate the best possible advice for supporting their efforts to better monitor and mitigate bycatch.

The first meeting of the Joint Bycatch Working Group is being held from 10 to 12 February 2021. Taking advantage of an online format, the meeting is open to interested experts and observers in addition to the working group members. It is attended by more than 150 participants from European, Mediterranean and Black Sea countries, gathering scientists, managers, decision-makers and representatives of the fishery sector.

During the first two days experts will share their experience in monitoring and mitigating cetacean bycatch in different areas and for different fishing gears. The last day will be dedicated to the Working Group Members to discuss and decide on the priorities to be addressed during the next years.