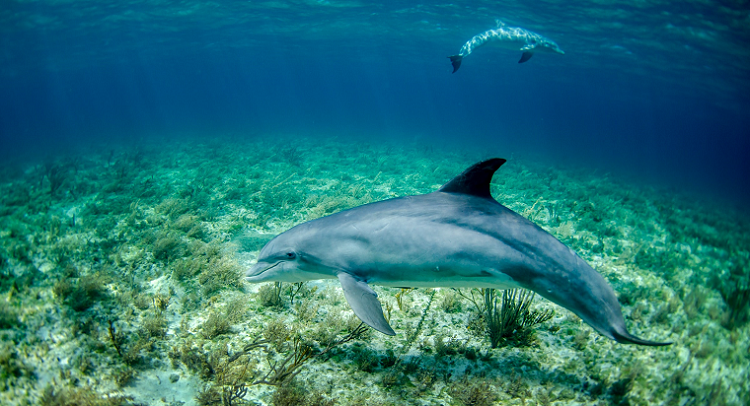 Photo by NOAA on Unsplash (https://unsplash.com/photos/NsvzdXtvyio)

10 March 2022 - Small cetaceans may have big effects on ecosystem structure, dynamics, and function. A new article Functional Roles and Ecological Importance of Small Cetaceans in Aquatic Ecosystems has been published in Frontiers in Marine Science (open access) as a part of the research topic 'Small Cetacean Conservation: Current Challenges and Opportunities'.

Small cetaceans (dolphins, porpoises, and small toothed whales) occur from the poles to the tropics, and from freshwater habitats to the open ocean. Most ecological research has focused on the influence of abiotic factors on the abundance, distribution, and behavior of these species. The ecological impacts of small cetaceans on communities and ecosystems remain poorly quantified. Their movement patterns, often high local and regional abundances across a range of ecosystems, and high metabolic rates suggest that small cetaceans could have large effects on ecosystem structure, dynamics, and function through a variety of mechanisms. These include top-down (e.g., direct predation and risk effects) and bottom-up effects (e.g., translocation of nutrients within and across ecosystems), but also behavior-mediated processes where these predators can facilitate access to resources to other predators or modify the physical properties of habitat (e.g., bioturbation). Most small cetaceans can be consumed by other marine predators, particularly killer whales (Orcinus orca) and large sharks. Although consumption rates of small cetaceans can be high, there is a paucity of information on their effects on population sizes or behaviors of their prey. Mass-balance ecosystem models suggest that small cetaceans may impact the populations of short-lived prey species (particularly fish and cephalopods), but other factors (e.g., eutrophication and fisheries) also affect ecosystem functioning and population trends. Delphinids can also mediate the translocation and recycling of limiting nutrients between spatially distinct ecosystems on a diel basis. Despite intriguing possibilities, large gaps remain in our understanding of the roles and importance of small cetaceans in aquatic ecosystems, both marine and freshwater.