17th Meeting of the Jastarnia Group 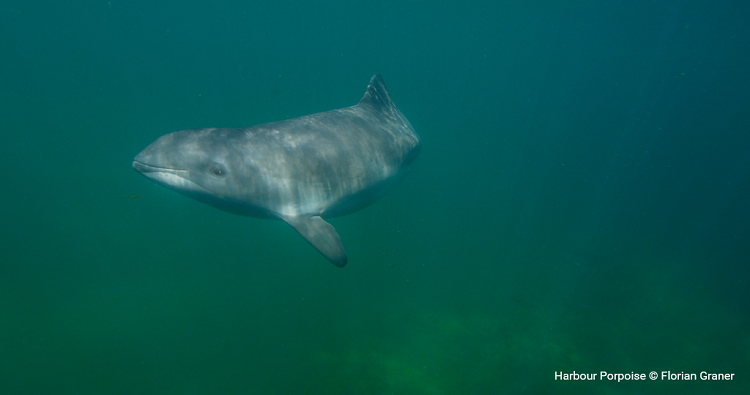 Bonn, 31 May 2021 - The ASCOBANS Jastarnia Group has successfully concluded its 17th annual meeting, which took place virtually from 25 to 27 May 2021.

As the Steering Group for the ASCOBANS Recovery Plan for Baltic Harbour Porpoises (Jastarnia Plan) and the ASCOBANS Conservation Plan for the Harbour Porpoise Population in the Western Baltic, the Belt Sea and the Kattegat (WBBK Plan), the Jastarnia Group reviewed progress on the implementation of the two Plans by discussing key activities of each Range State present and by presenting updates from across the Baltic and Belt Seas.

The meeting heard updates from the European Commission, who was working on emergency measures to prevent bycatch of harbour porpoises in the Baltic, as well as working closely with BALTFISH (The Baltic Sea Fisheries Forum) to put in place delegated acts for the same purpose in the long term, in line with the ICES scientific advice of May 2020.  Furthermore, an infringement procedure had been launched against one Member State due to assessed failure to ensure adequate protection for harbour porpoises, and further legal action against more Member States was not excluded.

Under the Estonian Presidency, BALTFISH was trying to find a compromise in making joint recommendations regarding the aforementioned bycatch mitigation measures.  The first recommendation had been submitted to the European Commission in December 2020. Whilsth the Jastarnia Group thought the adoption of these recommendations would be a step in the right direction, it acknowledged that the recommendations were missing some key elements from the ICES advice that would have to be further considered. The Jastarnia Group agreed that the second joint recommendation should extend the implementation of effective bycatch mitigation measures beyond the MPAs to include areas of more than occasional harbour porpoise occurrence, noting that coastal habitats are also of high importance for harbour porpoises.

The meeting discussed potential next steps to address the concern raised by some Baltic national navies over the use of acoustic deterrent devices and their alleged interference with military underwater acoustic activities. The same news had been received with surprise at the recent meeting of the IWC Scientific Committee. It was suggested that those countries promptly investigate the extent of the issue, to ensure that any decisions that may impact the survival of the Baltic Proper harbour porpoise population and/or the fishing industry are made based on scientific evidence.

Disappointment was expressed over the recent rejection of the SAMBAH II (Static Acoustic Monitoring of the Baltic Sea Harbour Porpoise) LIFE project proposal.  As EU LIFE project proposals are assessed by CINEA, a body independent from the EU, the Commission had no details of the project assessment criteria or of the reasoning behind its rejection of SAMBAH II.  The Jastarnia Group reaffirmed the necessity of population surveillance in the Baltic Sea and planned on re-drafting and re-submitting a proposal potentially to a different funding programme.

Experts presented recent research findings on microplastics in harbour porpoises from the North and Baltic Seas, on behavioural studies with harbour porpoises in relation to gillnets in Denmark, on new algorithms to detect harbour porpoise click production patterns, and on results from MiniSCANS-II.

Given the critical status of Baltic Proper harbour porpoise population, Finland and Sweden confirmed they would go ahead with developing a proposal to list the species on CMS Appendix I in order to ensure stricter protection also under the Convention on Migratory Species.

The report of the meeting will be made available on the JG17 webpage in due course.