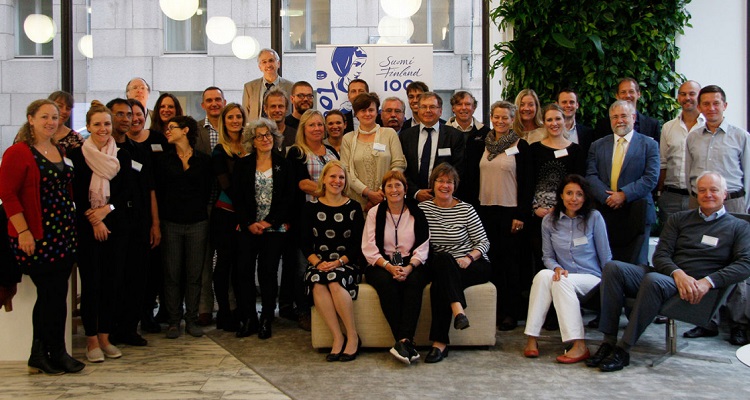 2016 has certainly been a turbulent year on the world scene. Also for ASCOBANS, it has brought both good and bad news. There have been several successes to celebrate, and some losses to mourn. Below some of the more notable events of the year:

In early February, the very sad news of the death of Prof. Krzysztof Skóra, founder and Director of Hel Marine Station of the University of Gdańsk, Poland, was announced. The loss to all who had the privilege to work with him is beyond words, and he will continue to be fondly remembered (more).

In March, as part of the annual conference of the European Cetacean Society, the Joint ECS/ASCOBANS/ACCOBAMS Workshop on Conserving Cetaceans in the Seas around Europe through Synergy-building between the Relevant Legislative Frameworks was held. The presentations covered a wide range of aspects and can be accessed here.

In April, the Jastarnia Group met just a few kilometres from the town of Jastarnia, the birthplace of and name-giver of the original Jastarnia Plan concluded in 2002. Besides recommending urgent action to implement existing commitments, the Group reviewed the draft of the third version of the Jastarnia Plan to prepare a final draft for presentation to the Meeting of the Parties (more).

May is always a special month for ASCOBANS, because on (or around) the third Sunday the International Day of the Baltic Harbour Porpoise (IDBHP) is celebrated in many places around the shores of the Baltic Sea. A Facebook event page showcases the events.

The entire first part of the year otherwise focused almost completely on preparations for the 8th Meeting of the Parties to ASCOBANS (MOP8). Besides the logistical and document preparations, thanks to excellent support from the Joint CMS + AEWA Communications, Information Management and Outreach Team, starting six weeks before the meeting, a weekly news article was published on the CMS and ASCOBANS websites, highlighting one of the key topics to be discussed at the meeting: PCBs, underwater noise, underwater munitions, ocean energy and bycatch (all available here).

A few days before the meeting, an overview article summarized the expected outcomes of the meeting. Another article featured the ASCOBANS Outreach and Education Award given to Whale and Dolphin Conservation on the first day of MOP8 (both also available here). In addition, the Outreach Team successfully engaged UN Environment (UNEP) and the UN Patron of the Oceans, Lewis Pugh, resulting in a stirring video message to ASCOBANS Parties (available here) and articles both on the UNEP website and in the UNEP in Europe Newsletter.

At the end of August and beginning of September, the long-awaited MOP8 took place in Finland. All resolutions passed at this meeting can be accessed here. A press release afterwards also communicated the wide range of topics covered by the decisions made to the public.

With the ASCOBANS meetings over for the year, in October it was time to focus on collaboration with the International Whaling Commission. At their 66th Meeting, decisions were made for IWC, ASCOBANS and CMS to work together on topics such as bycatch, cetacean strandings and whale watching. The statement given on behalf of CMS and ASCOBANS can be accessed here.

The 6th Meeting of the Parties of our sister Agreement ACCOBAMS took place in November. We have worked very closely with each other for years, and opportunities for even more synergies were identified, for example by establishing a joint working group on bycatch. Information on the outcomes is available on the ACCOBAMS website.

At the end of December, after over nine years with the ASCOBANS Secretariat, it is time for the Agreement to say farewell to Heidrun Frisch-Nwakanma – at least for now.