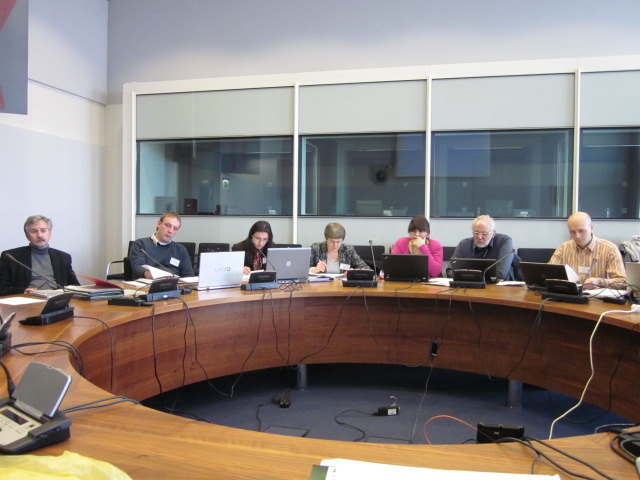 6 February 2012 - Last week, the 18 participants of the 8th ASCOBANS Jastarnia Group Meeting gathered at the UN Campus in Bonn, Germany. This working group was established to take forward the implementation of the Recovery Plan for the Baltic Harbour Porpoise (also called Jastarnia Plan). Under the leadership of Karl-Hermann Kock (Germany) and Penina Blankett (Finland), who kindly stepped in as chairs on short notice, the Group considered the progress made with respect to the various recommendations of the Jastarnia Plan and agreed on action points to be forwarded to the ASCOBANS Advisory Committee. These cover topics such as bycatch reduction, research and monitoring priorities, the development of management plans for marine protected areas and public awareness. The Group also considered a draft Conservation Plan for Harbour Porpoises in the Western Baltic, Belt Seas and Kattegat, which will be proposed to AC19 (20-22 March 2012) for endorsement and subsequent adoption by the Meeting of the Parties in October 2012. The report of the meeting will become available shortly and will be published on this website.