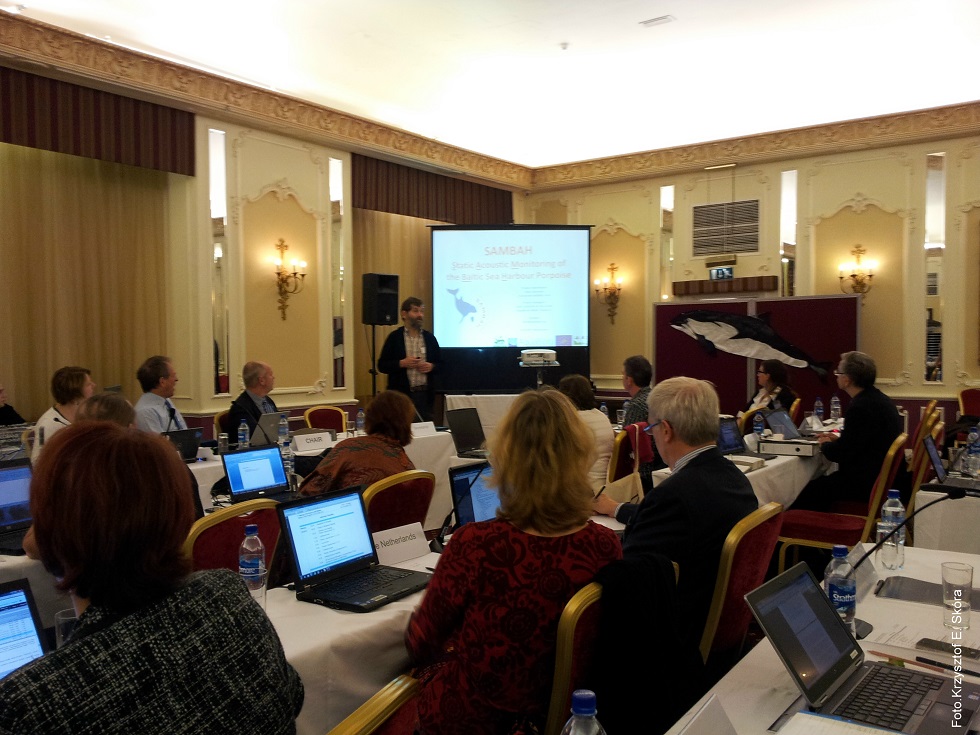 Bonn, 25 January 2012 - This year, ASCOBANS will for the fourth time present the Outreach and Education Award to an individual or institution in recognition of outstanding conservation-related awareness-raising or educational initiatives. The first ASCOBANS Award went to Hel Marine Station, Poland, in 2005. A second one was awarded to Petra Deimer and her NGO Society for the Conservation of Marine Mammals (GSM) in 2007. In 2009, Peter Evans received the third Award, acknowledging his role in connection with the Sea Watch Foundation and the European Cetacean Society.

Nominations for the fourth ASCOBANS Award, which is to be presented in 2012, should reach the Secretariat by 29 February 2012 and should be accompanied by a description of the nominee's relevant activities and a statement of support by the proponent. Please note that nominations can be made by Parties, NGOs or others.

All nominations received by the deadline will be presented to a jury that will be formed, meet and come to a decision on the margins of the 19th Advisory Committee (20-22 March 2012). Their decision will be based on which initiative has made the most valuable contribution to the aims of the Agreement.

The formal presentation of the award will then take place during the 7th Meeting of Parties in October 2012.

We are looking forward to receiving your nominations! For any questions, please do not hesitate to get in touch with the Secretariat!