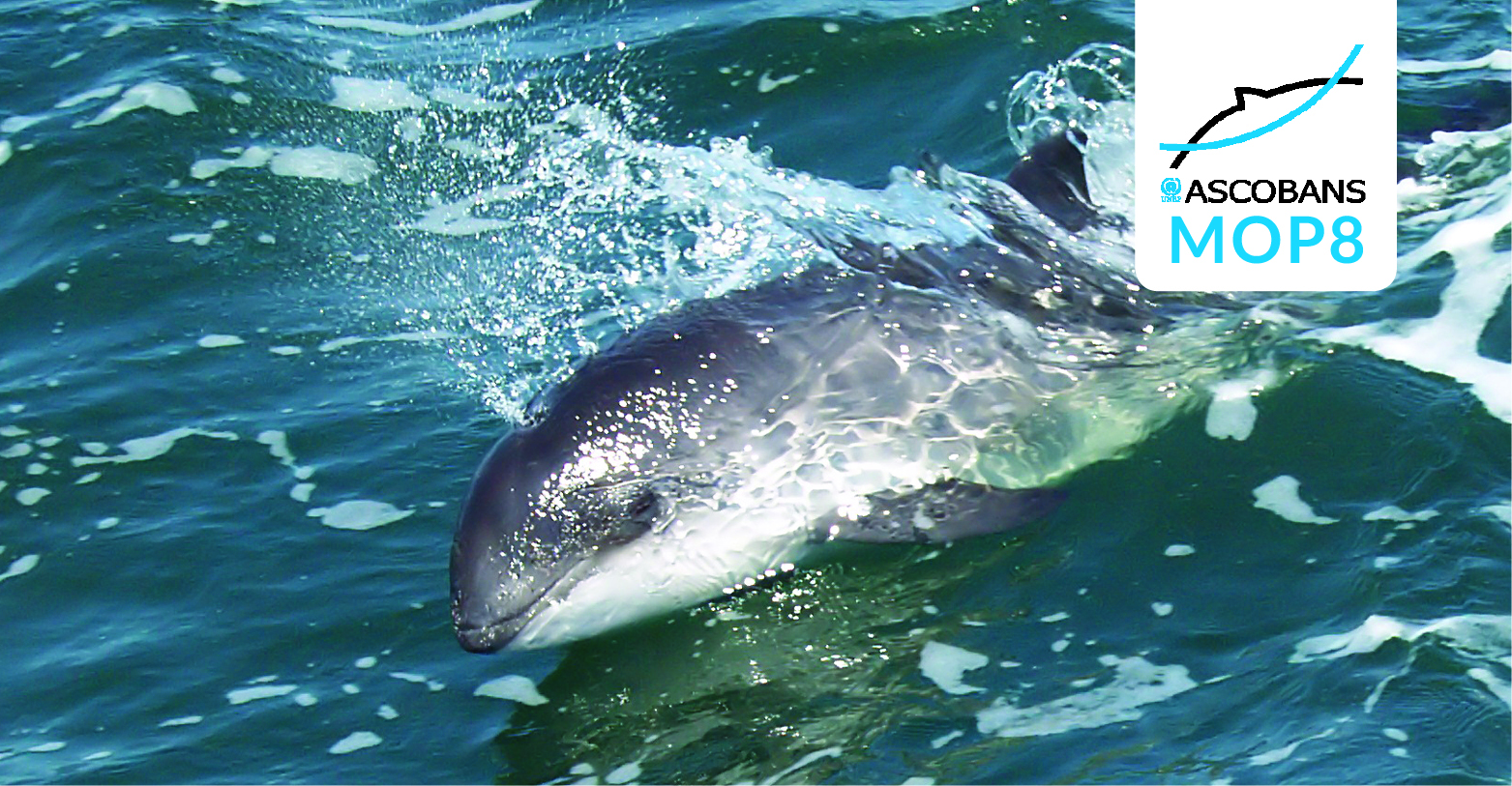 Bonn, 29 August 2016 - From 30 August to 1 September 2016, the 8th Meeting of the Parties to the Agreement for the Conservation of Small Cetaceans in the Baltic, North East Atlantic, Irish and North Seas (ASCOBANS) will take place in Helsinki, Finland. At the meeting, Parties will review the implementation of the Agreement over the past four years, and agree upon priority conservation measures for the period 2017-2020.

The draft resolutions include topics such as bycatch, ocean energy, anthropogenic noise, Polychlorinated Biphenyls (PCBs), and underwater munitions. Their impacts are not limited to the ASCOBANS area, and therefore action by Parties to address them would be a step towards a safer marine environment globally.

Actions by the Parties to ASCOBANS would impact a range of cetacean species. Among others, ASCOBANS covers the Harbour Porpoise, Common Dolphin, Bottlenose Dolphin, and Atlantic White-Sided Dolphins, Orcas and Pilot Whales.

Collection of ocean energy affects migratory marine species and their habitats. Installation of wind turbines, for example, is highly noisy and disruptive. The largest danger to animals from tidal energy devices is collisions.  However, animal behaviour may also change in the presence of such devices, and noise emitted carries impacts. Renewable energy is an important response to climate change, but its effects on marine environments must be considered.

Anthropogenic noise, such as from construction, shipping or naval sonar, endangers cetaceans. Sudden, impulsive noise can cause direct harm, such as bruising, organ rupture, death, or permanent or temporary threshold shifts. Continuous noise can damage hearing and compromise an individual animal’s ability to find food, communicate, navigate, and detect threats.

High and persistent levels of PCBs, a chemical phased out of use in the European Union in the 1980s, are still found today in the blubber of animals such as Bottlenose Dolphins and Orcas. Effects of this contamination can be severe and include increased risk of miscarriages and infant death, and negative impacts on immune system functions and general health and fitness.

Underwater munitions threaten individuals with chemical and physical hazards. Explosions of these weapons can cause injury or death; ingesting contamination prey or coming into contact with the chemicals also presents risks. Fishermen also risk contamination by munitions or unexpected explosions when they capture bombs or trawl over them.

The above threats, and others to be considered also at the upcoming meeting, endanger the cetaceans - and people - living in the ASCOBANS area and beyond. At this year’s MOP, Parties to ASCOBANS can enhance their efforts to address widespread hazards. Adopting the proposed resolutions would position ASCOBANS as part of a larger movement mitigating human impacts on the habitats and lives of whales and dolphins.