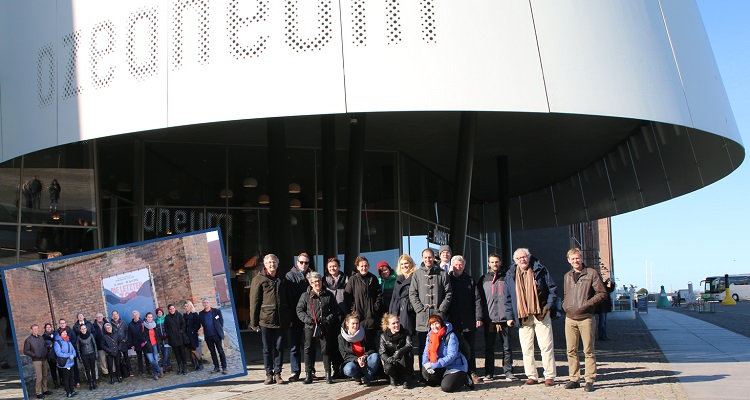 Stralsund, 12 March 2015 - At the kind invitation of the German Federal Ministry for the Environment, the ASCOBANS Jastarnia Group held its 11th Meeting at the Ozeaneum in Stralsund, Germany on 10 and 11 March 2015.  The Group, made up of 18 experts representing the environmental and fisheries sectors of their countries, as well as civil society and the ASCOBANS Secretariat, discussed progress in the implementation of the two action plans adopted for harbour porpoises in the wider Baltic Sea region. As the first meeting after the release of the preliminary results of the SAMBAH project (Static Acoustic Monitoring of the Baltic Sea Harbour Porpoise), the Group discussed what the newly gained knowledge on abundance and distribution of the critically endangered population in the Baltic Proper, and the adjoining western Baltic population, means for conservation policy.

Both the Recovery Plan for Baltic Harbour Porpoises and the Conservation Plan for the Harbour Porpoise Population in the Western Baltic, the Belt Sea and the Kattegat are due for review, and with the SAMBAH results now available getting this done was prioritized by the Group.

The chairman of the Group, Rüdiger Strempel, representing Coalition Clean Baltic, was re-elected and has kindly agreed to serve another term.

The report and recommendations of the Group, which cover ways to reduce bycatch, involve stakeholders, strengthen research and monitoring, manage marine protected areas effectively, improve public awareness and cooperate with other entities, will become available on this website shortly.