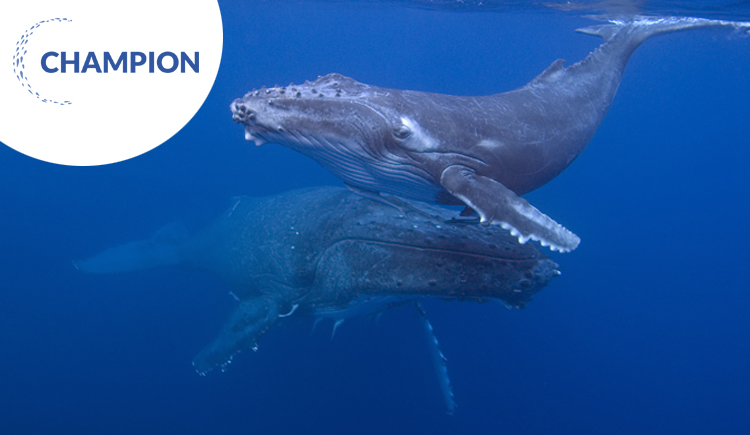 Bonn, 14 October 2016 – at the ceremony where the Migratory Species Champion Programme was launched on the eve of the CMS COP11 in Quito in 2014, the Government of the Principality of Monaco received the Champion award for its commitment to the conservation of marine species for the triennium 2015-2017. This contribution allows the implementation of a number of priority actions including the development of guidelines on sustainable boat-based marine wildlife watching and adopting measures for the conservation of European eel and Pacific Islands cetaceans thus advancing of the CMS Family marine agenda.

The first tangible result of Monaco’s support is the development of the CMS Family Guidelines on Environmental Impact Assessments for Marine Noise-generating Activities, a joint venture of the parent Convention, CMS and the two Agreements dealing with cetaceans – ACCOBAMS and ASCOBANS.

The Guidelines have already been presented to the Eighth Meeting of the Parties to ASCOBANS (the Agreement on the Conservation of Small Cetaceans in the Baltic, North East Atlantic, Irish and North Seas) held in Helsinki 30 August-1 September.  The meeting adopted Resolution 8.11, welcoming the progress made and acknowledging gratefully the Principality of Monaco for providing the funds under the Champion Programme.  The Parties also invited CMS to establish a process allowing for more input to help develop the guidelines further.

As the next step in the consultation, the draft guidelines will be presented to the 6th Meeting of the Parties to ACCOBAMS (the Agreement on the Conservation of Cetaceans in the Black Sea Mediterranean Sea and Contiguous Atlantic Area) which is being held in Monaco from 22 to 25 November 2016.

The ultimate aim is to having the guidelines adopted at the 12th Meeting of the Conference of the Parties to CMS, which is taking place in Manila, the Philippines, 22-28 October 2017.  The programme for COP12 will include another Champion award ceremony to acknowledge all the contributions made by the various Champions and to encourage others to follow their lead.

Beyond the generous financial support, since becoming a Party to CMS in 1993, Monaco has hosted the ACCOBAMS Secretariat and has sponsored amendments to the Convention’s Appendices, successfully proposing the addition of Mediterranean Short-beaked Common Dolphin, the Striped Dolphin, the Black Sea Bottlenose Dolphin and most recently at COP12 the European Eel, making it a true Champion of marine life.