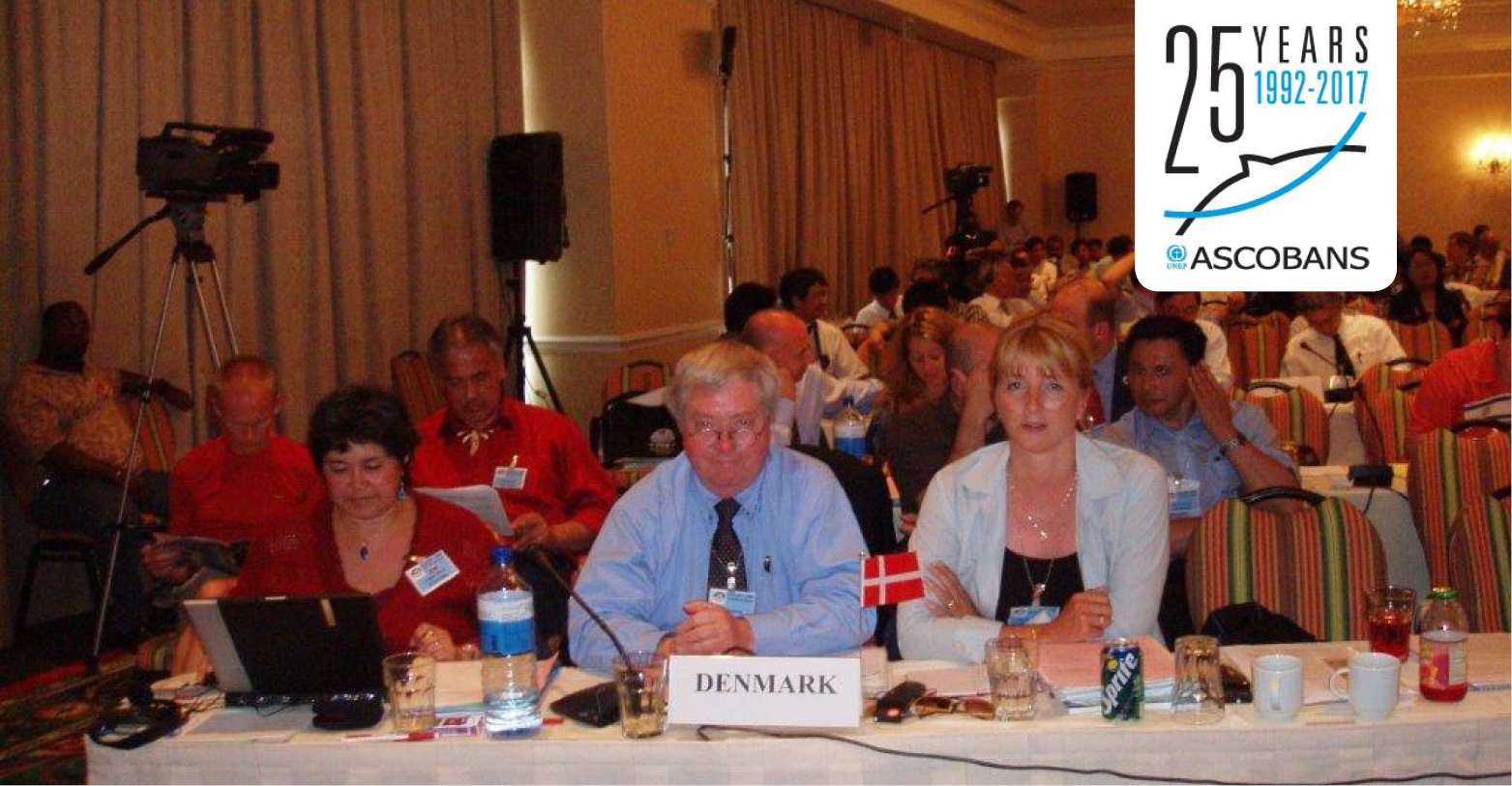 Organization: The Danish Ministry for Environment and Food

Involved with ASCOBANS since: 2003

Being both a biologist and a civil servant my work with ASCOBANS made it possible for me to combine both skills. ASCOBANS was only a small part of my work. Most of my time I spend on the Danish implementation of CITES (the Convention on International Trade in Endangered Species of Fauna and Flora).

My impression of ASCOBANS is an agreement consisting of a group of dedicated participants with a huge knowledge about both small and large cetaceans. It is also an agreement with a very active and engaged participation of especially environmental NGOs. Because of this I always enjoyed participating in the meetings.

One of the most memorable meetings was in 2006 in Tampere, Finland. Both because it was the last meeting before the heated discussion about merging the ASCOBANS Secretariat with the mother convention but also because of the Finnish tradition for sauna. Not that I went to the sauna but more because my Belgian colleague asked me to take a picture of him in the icy lake after him being in the sauna. He jumped into the icy water and asked if it was a good picture. It wasn´t as it only showed the sky so he had to jump in the lake again. This time I managed to take a picture of him.

Dealing with so many different animals it is hard for me to pick a favourite; they are all special in their own way. Perhaps the common raven, it is so fascinating both to hear and watch them. The years to come will show if and how ASCOBANS is able to make a difference for the small cetaceans in the Agreement area. In this process, it is vital to attract all players to address bycatch, pollution, noise and other disturbance.