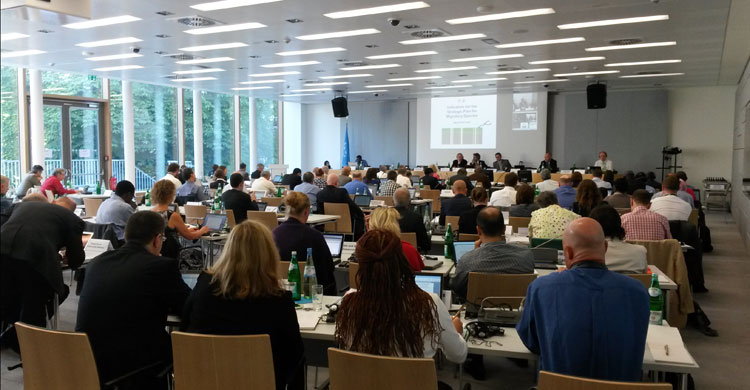 Bonn, 1 July 2014 - The 18th Meeting of the Scientific Council to the Convention on the Conservation of Migratory Species of Wild Animals (CMS) is meeting 1-3 July 2014 at the United Nations Premises in Bonn, Germany.  The meeting brings together more than 80 experts from 50 countries including appointed experts covering specific threats, taxa, geographic regions or particular areas of interest to the Convention.

The Scientific Council provides scientific advice and makes recommendations to the CMS Conference of the Parties (COP) on the latest research, conservation and management measures relating to migratory species covered by the Convention. This includes providing advice on the inclusion of new species in the Appendices and the designation of species for Concerted or Cooperative Actions under the Convention.

Over the course of the three day meeting, the Scientific Council will focus on the following main issues: