Noise pollution has become recognised as a major threat to cetaceans in recent years. An increasing amount of noise in the marine environment can have major and even fatal impacts on the animals. Commercial shipping, seismic exploration, sonar technologies and industrial activities collectively raise the background noise to potentially threatening levels.

Hearing is the dominating sense for all whales, dolphins and porpoises. They use sound for communication, navigation and to find food. Single noise sources, such as pile-driving activities, underwater detonations or low- and mid-frequency active sonar (for example from naval vessels) can cause disturbance, displacement and, at high exposure levels, physical injury and even death. Certain military sonars have been linked to the mass strandings of some deep diving cetaceans all over the world. Ocean noise is also linked to documented behavioural changes in marine mammals, including the abandonment of crucial habitats, alterations in surfacing, diving patterns and the masking of biologically significant communications. 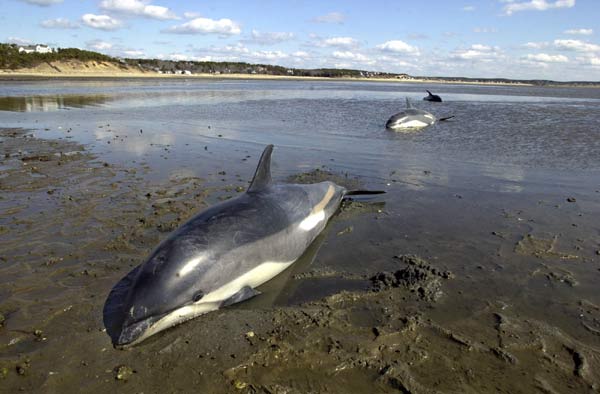 Underwater noise pollution is of increasing public concern and a number of intergovernmental organizations address the issue, including the Convention on Migratory Species (CMS), ACCOBAMS, OSPAR, the International Maritime Organization (IMO)and the European Commission, which included noise as one of the descriptors to assess good environmental status under the Marine Strategy Framework Directive (EC – DG Environment). Efforts to collaborate as closely as possible with these organizations are ongoing.

In 2008, an Intersessional Working Group on the Assessment of Acoustic Disturbance was formed to examine and evaluate human activities causing noise disturbance and related best practices in noise management in relation to the work of ASCOBANS. The report, which includes guidelines for best practice mitigation measures, focuses on three main human activities:

A Resolution focusing on noise from offshore construction activities for renewable energy production was passed by ASCOBANS Parties in 2009 (Resolution 6.2). National regulations and guidelines have already been developed and implemented by some Parties to ASCOBANS (e.g. Belgium, Germany, France and Poland). One example is the use of ramp-up procedures for noise producing activities, such as pile driving, during wind park construction along the Belgian coast. Ramp-up is a method of gradually increasing the sound intensity at the start of the operation, so that cetaceans can escape the danger zone, before the sound level becomes damaging.