The following bodies are provided for in the Agreement to promote its implementation:

The Meeting of the Parties (MOP): 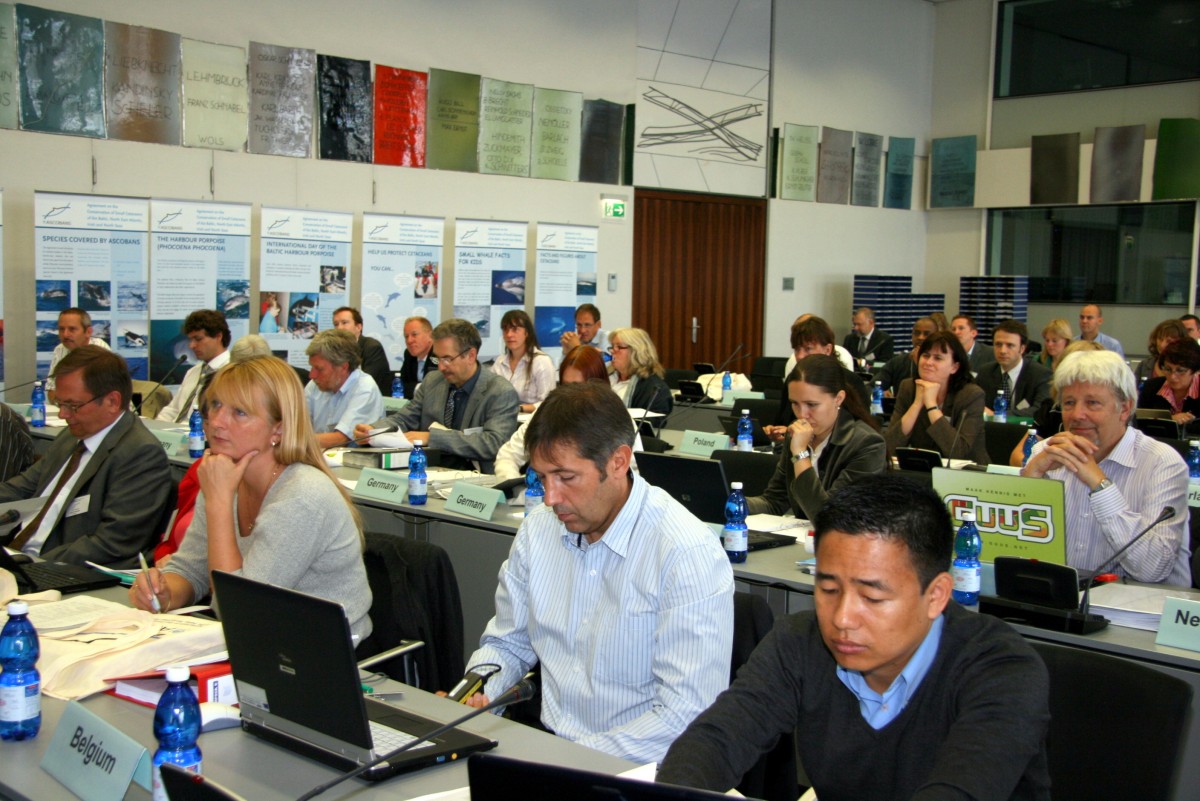 The MOP is the decision-making body of ASCOBANS. It meets triennially to review progress made and difficulties encountered in the implementation of the Agreement and to lay down the priorities for the next triennium. Non-Party Range States and regional economic organisations bordering on the Agreement Area, as well as a number of other relevant Organisations are entitled to send observers to the MOP; other bodies qualified in cetacean conservation and management may apply for observer status.

Seven Meetings of Parties have so far taken place:

Hardcopies of resolutions and reports of these meetings are available on request from the ASCOBANS Secretariat.

The AC, which meets at least annually, provides advice and information to the Secretariat and the Parties on the conservation and management of small cetaceans and on other matters related to the running of the Agreement. Each Party is entitled to appoint one member to the AC, who may be accompanied by advisors. Concerning the participation of non-Party Range States, Regional Economic Integration Organisations and other relevant bodies, similar rules to those governing the MOP apply.

To date, 20 Meetings of the Advisory Committee have taken place:

The proceedings of these meetings are available on the meeting pages or as hardcopy upon request from the ASCOBANS Secretariat.

The ASCOBANS Secretariat, located in Bonn, Germany, acts as the coordinating body of the Agreement. It gathers and disseminates information to the MOP and the AC. It plays an important role in awareness-raising and provides advice and support to the Parties, assisting them in the implementation of the agreement. It services the sessions of the Meeting of the Parties and meetings of the Advisory Committee. The ASCOBANS Secretariat along with other Regional Agreement Secretariats (AEWA and EUROBATS) within the framework of the Bonn Convention is integrated into the Aquatic Species Unit of the CMS Secretariat. The 5th Meeting of the Parties of ASCOBANS (2006) decided that from 1 January 2007 the CMS Secretariat would serve as the Secretariat for the ASCOBANS Agreement; and the Executive Secretary of CMS would be the Executive Secretary of ASCOBANS.